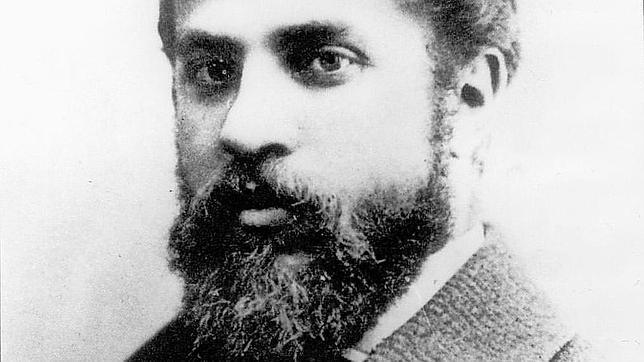 Like most geniuses, the personality of Antoni Gaudí i Cornet (1852-1926) was complex and captivating at the same time. A man marked by his talent, his fervent religious faith and his fascination with nature translated into masterpieces of unforgettable architecture: buildings, churches or parks that are probably easier to understand if we know some of the amazing aspects of his life.

Gaudí’s surname is quite uncommon, and you have to search for the family origins in southern France, in the town of Auvergne, where one of his ancestors, Joan Gaudí, who was a street vendor, came to Catalonia in the 17th century. Some experts point that ‘Gaudí’ is an evolution from french ‘Gaudy’ or ‘Gaudin’.

Curiosities: ‘Gaudí has the same pronunciation as the Catalan verb ‘gaudir’, which means ‘to enjoy’.

The exact location of Gaudí’s birthplace is unknown, as there is no document that specifies it, and there is a controversy regarding whether it was in Reus or Riudoms (two neighbouring municipalities bordering the region of Baix Camp). Even so, in most of Gaudi’s documents, both in his student days and during his professional career, he figures as born in Reus. However, Gaudí himself stated on several occasions that he was born in Riudoms, the place of origin of his paternal family. His christening name was Anton Plàcid Guillem Gaudí i Cornet.

Is he Mad or is he a genius?

The fact that he conceived such innovative ideas made Gaudí soon stand out among his schoolmates. But also raised some suspicion about the viability of his ideas, which had never been foreseen before. When he graduated in 1878 from Barcelona’s School of Architecture (BAS), its director, Elies Rogent said: “Gentlemen, we are here today in the presence of either a genius or a madman. Time will tell”.

One of his first jobs assignments after his graduation from BAS was the design of the ‘làmpades’, the lampposts located on the streets and squares. And you can actually see his creations next to Las Ramblas,if you head to Plaça Reial, one of Barcelona’s most picturesque squares.

A strict vegetarian and a recycling master

Gaudí was a kid with a frail health. Among others conditions, he suffered from childhood rheumatism, which gave him a somewhat withdrawn and reserved character. For this reason, and probably because his fervent religious beliefs, he became a vegetarian. He even underwent severe fasting, almost putting at risk his life (he fell severely ill in 1894, when he was 38 years old.

It is said that he followed the advices of Doctor Kneipp, a German priest who believed in natural medicine and hydrotherapy. Gaudí refused any medical help for his aliment, subsisting only on strict diets such as lettuce leaves sprinkled with olive oil and some nuts. Unfortunately, this wasn’t the healthiest way to approach the diet, and it occasionally led to more serious illnesses.

The architect was also a a keen recycler, using broken industrial tiles to decorate walls and ceilings, like for example in Park Guell. That was the origin of the celebrated ‘Trencadís‘ method. Another example worth to mention is the top of some of the chimneys on the rooftop of ‘Casa Batllo‘ or ‘Casa Milà’. In case of ‘Casa Milà’ the green and shiny shades are produced because they had been decorated with cava bottle chunks. The Milà family, owners of the house, were not enthusiastic about the idea -they thought that it did not represent their social status-, so that’s why this recycling material only appears in a few chimneys.

It is said that Antoni Gaudí was very interested in everything related to esoteric symbolism and sacred geometry, which he subtly incorporated into all his most famous works. One of the best known examples, and particularly intriguing, is the square with sixteen different numbers located on the Passion façade of Sagrada Família: you can read the lines “1, 14, 14, 4” or “11, 7, 6, 9”. It doesn’t matter in which direction, but if you add up the numbers making vertical, horizontal or diagonal lines, the result is always “33”. But, why this number? It was the age Jesus was when he died.

Also try: Add up the numbers of the four central squares or the numbers in each corner. You will also get 33!

The death of a beggar

A series of hardships –from the death of his niece and carer Rosa Egea and his friend and collaborator Francesc Berenguer-, due to the economic difficulties to continue the building of Sagrada Família affected Gaudí. But he continued working. At an old age, he was struck by a tram on one of his daily walks to the Sant Felip Neri church, where he used to pray. He lost consciousness when he was hit by the tram. Nobody who was there recognised him due to his shabby clothing and it was a police officer who transported him in a taxi to the Santa Creu Hospital –where the beggars used to get aid-, where he received rudimentary care. It wasn’t until the following day when the chaplain of the Sagrada Família, Mosén Gil Parés, recognised him. Unfortunately. Gaudí’s condition was got worse and he finally passed away on June 10th of 1926, just fifteen days before his 74th Birthday. He was buried two days after, with a large crowd who gathered to bid farewell to him.

His gravestone in Sagrada Família crypt says: “A man of exemplary life, and an extraordinary craftsman, the author of this marvelous work, the church, died piously in Barcelona on the tenth day of June 1926; henceforward the ashes of so great a man await the resurrection of the dead. May he rest in Peace”.

The funeral of Gaudí