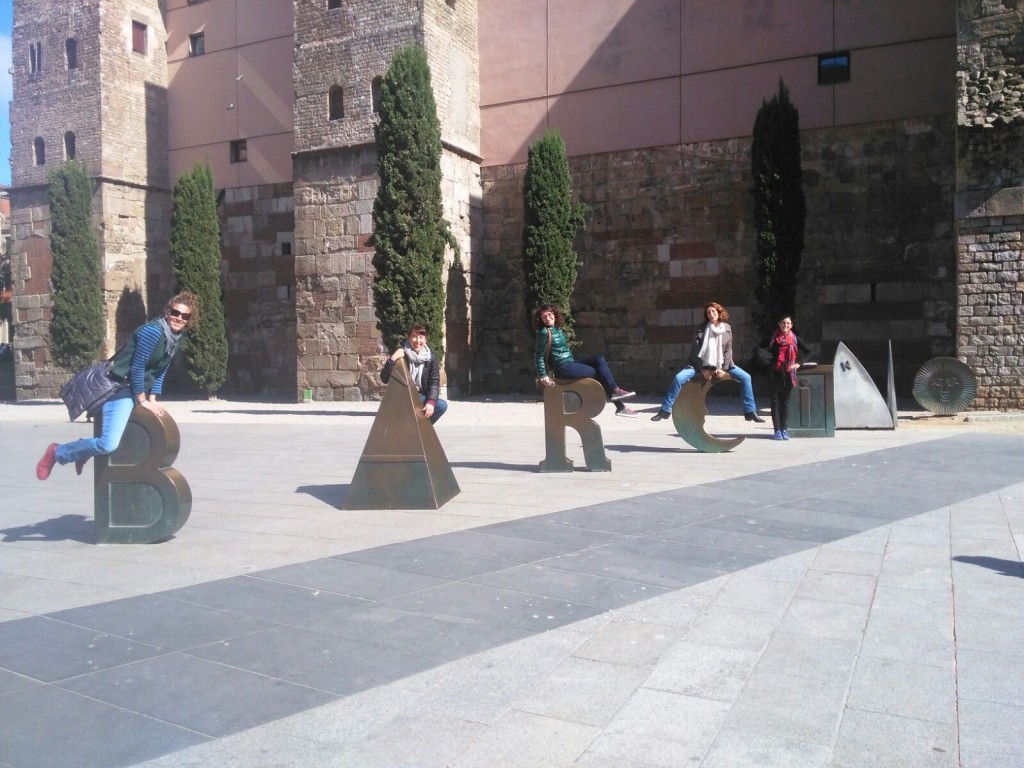 Our guides having fun at ‘Portal del Bisbe’

The doors of Barcelona, this is a city that seems enclosed by the elements: air, water and land. This city is located on the Mediterranean Sea to the East, the Collserola mountain to the West, the Llobregat River to the South and The river Besós to the North. But this limited territory welcomes a population of 1.6 million from as many countries as you can imagine. Perhaps this city is friendly because it has innumerable doors of great historical value and architectural beauty (Nowadays these doors are always open to visitors). Follow us to discover them!

Designed by the architect Josep Vilaseca i Casanovas as the main entrance to the Barcelona Universal Exhibition in 1888.

Arc de Triomf is a monument of the city of Barcelona, ​​located between the Lluis Companys promenade and the Sant Joan promenade. It has a height of 30 meters and the structure is of brick seen of ‘neomudéjar’ inspiration. That remembers the Arab architectural influence in Spain. It consists of two solid pilasters joined by an arch, topped by a superstructure.

Many artists participated on its decoration: Josep Reynés sculpted in the front of the Arc “Barcelona rep les nacions” (Barcelona receives the nations) as a welcome door to everybody that arrives to the city. Another architect Josep Llimona sculpted in the back the distribution of rewards of the participants of the exhibition. On the right side Antoni Vilanova sculpted allegories to the Sciences and the Arts. Manel Fuxá and Pere Carbonell created four female sculptures: the Famas.

The arches of triumph are usually monuments built to commemorate a military victory. In contradistinction of The Brandenburg Gate of Berlin (Germany), The Puerta de Alcalá in Madrid (Spain) or Arc de Triomphe in Paris (France) this arc hasn’t got political connotation. It is more a symbol of economic progress for the city.

Don’t miss the celebrations held in this triumphal arch such a marathons, huge yoga sessions, wine fairs or even demonstrations! We also visit this monument in our tour around the city: highlights of Barcelona! 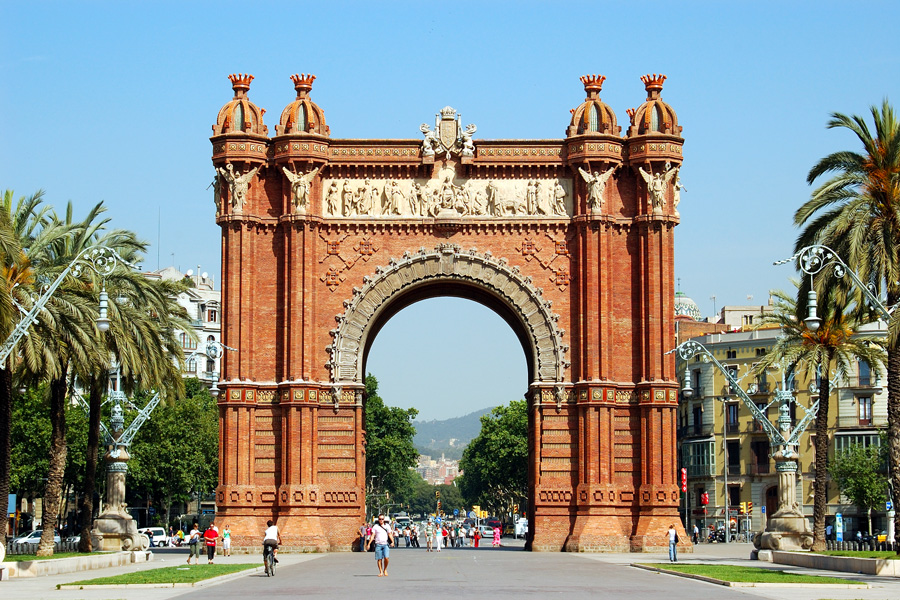 In English: Tower of the Bishop. It was declared to be a Site of Cultural Interest. It is the only door left standing from the four that opened on the Roman wall of Barcelona, Spain. It is located at the mouth of the Bisbe street, opposite Plaça Nova, in the Gothic Quarter, Ciutat Vella district.

Try the experience of walking through the Catedral Square! Passing through these doors you will feel a unique sensation as if you suddenly entered a medieval city of cobbled and narrow streets full of architectural jewels and opera singers who take advantage of the wonderful acoustics which offer the thick stone walls. 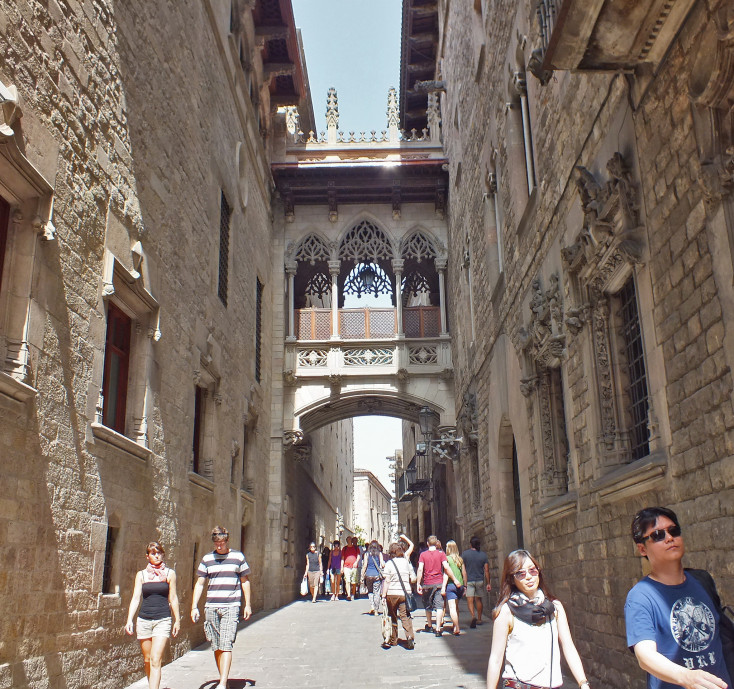 This use to be the old entrance to the Gothic Quarter

Two versions were already missing. This was the entrance to Barcelona from the seafront. Until the nineteenth century it was the most important access to the city through the wall and it gave entrance to the Palace Square, the true heart of Barcelona. Now it is the only one that remains of the whole medieval wall.

Curiosity: Miguel de Cervantes chose this place to describe the entry of Don Quixote and his squire Sancho Panza in Barcelona.

Do not miss in this area the Maritime Museum of Barcelona. It is located in the building of the Royal Atarazanas, which during the thirteenth and eighteenth centuries was a space for shipbuilding. Impressive are the replicas that can be seen in the different rooms of the Museum. From the portentous reproduction of the Royal Galley of John of Austria, characteristic boat of the Battle of Lepanto to the reproduction 1:20 scale of the Santa Maria, the one that directed Christopher Columbus to America. In fact the monument to Cristopher Colombus is located very close to this museum surrounded by a large roundabout and pointing towards America with his finger.

In the Museum you can also see archaeological jewels from the past such as amphoras, anchors, weapons and artillery pieces… 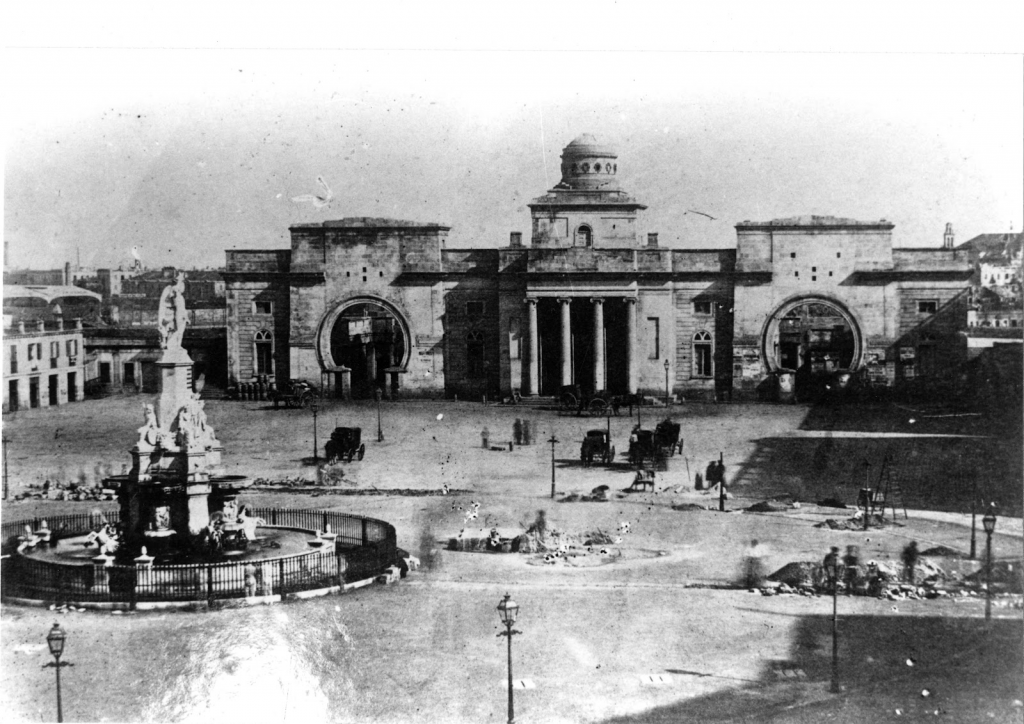 Portal del Mar in the Maritime area in its origins

The Modernista architect Antonio Gaudí built this door of impossible shapes. Casa Milà has three façades, one on Passeig de Gràcia, one on Provença street, and the other that makes a chamfer, following the usual scheme of the Eixample designed by Cerdà. However, all three present a formal and stylistic continuity which, because of its sinuous and undulating form, resembles a rock shaped by the waves of the sea.

The two entrance doors are made of wrought iron and glass, in such a way that they act both as a door and as a security gate.

Its design is organic, with a series of structures of diverse form that can remember designs elaborated by the nature, like turtle shells or wings of butterfly. Its wide and diaphanous structure allows the passage of light and illuminates the interior lobbies. The portals give access to the two halls, one on Passeig de Gràcia and one on Provença Street. If you walk along the famous promenade of Passeig de Gracia do not miss these architectonic jewels of Gaudí where you will find also the amazing La Casa Batllò.

One of the doors of La Pedrera in Passeig de Gràcia

‘Portal Miralles’ was also declared to be a Site of Cultural Interest. This is the access to Casa Miralles, another interesting artwork of the modernista architect Antoni Gaudí. It is located at number 55 Paseo Manuel Girona in Barcelona. It was a commission made in 1901 to Gaudí by the industrial Hermenegild Miralles i Anglès. Nowadays you can still find part of the wall, built of wavy forms, made of white ‘trencadís’ and topped by a metallic cloth that has the form of fishing net.

As well as the door, made with a large lobed arch and crowned with the classic three-dimensional wrought iron gaudinian cross (the one that is currently a replica, since the original is preserved in the Gaudi House-Museum of Park Güell). It also has a shelter for protection against rain, in addition to a small gate of original iron.

Have a look to these incredible wavy shapes! 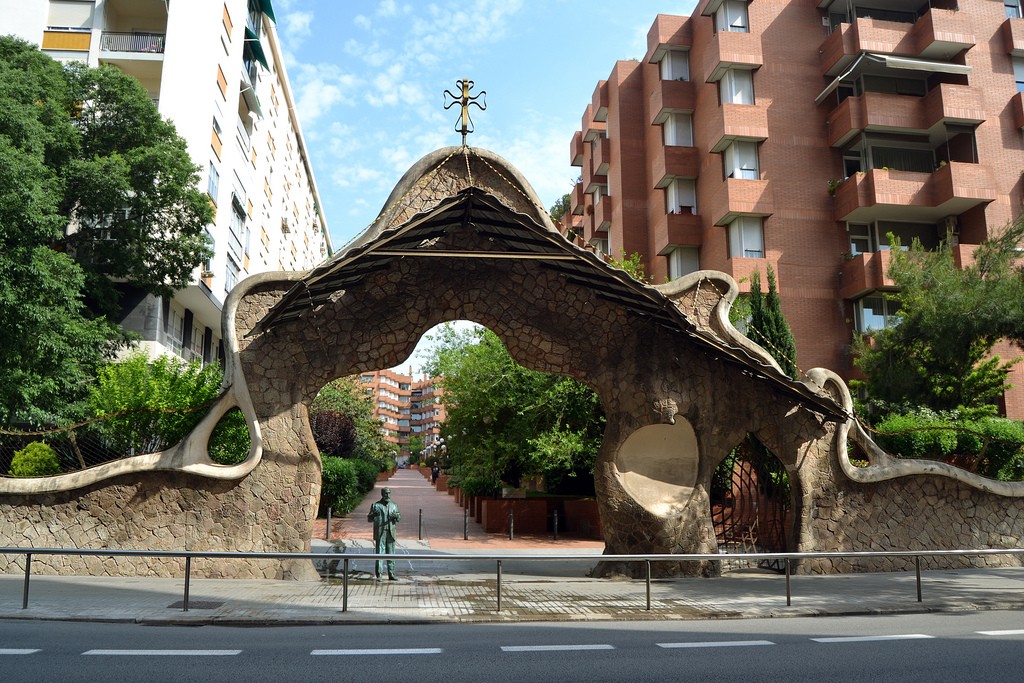 There is another amazing artwork of Gaudí at the Crypt of the Colònia Güell. Surprising for its structures with parabolic vaults. The entrance door, made of ashlars masonry, shows in its upper part a ceramic composition that represents the four cardinal virtues, with their corresponding symbols:

A portico of hyperbolic parabolic vaults precedes the crypt, the first time that Gaudí used this structure and the first example of parabolic vaults in the history of architecture.Portico is also decorated with tile, highlighting a large crosses of San Andres in the form of a blade.

The crypt of the Colonia Güell is a work of Antoni Gaudí, built between 1898 and 1914 on behalf of the businessman Eusebi Güell as a religious building for his workers in Colonia Güell, located in Santa Coloma de Cervelló, near Barcelona. The Güell Colony had a soccer field for the workers and a school for children shows how much he cared about the welfare of the things around him Gaudí.

Door of the Crypt of the Güell Colony

And of course, which do you think are the most famous doors in Barcelona?

7. The doors of Sagrada Familia:

Do you know who is the sculptor of the doors of Sagrada Familia? Etsuro Sotoo. Pay attention to the details of animals and insects on their doors. They seem to come to life! This Japanese fascinated by Gaudí has lived in Barcelona for years and you can still find him working in the temple.

What is your favorite door? Make sure to book in advance to enjoy the Sagrada Familia in total comfort and let us know your choice. 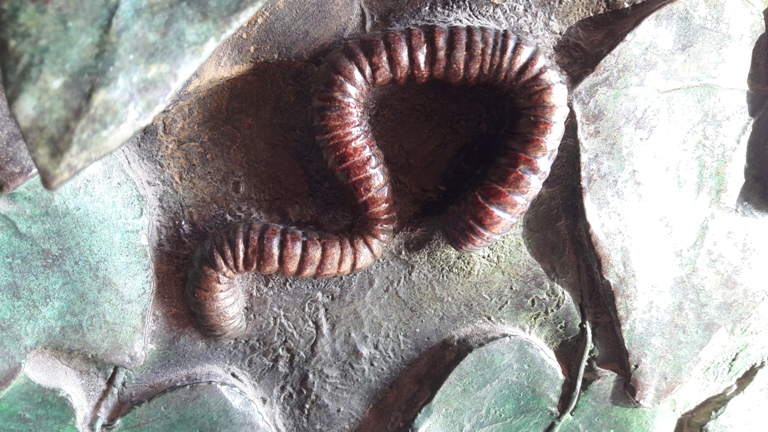 One comment on “The doors of Barcelona that open the city”