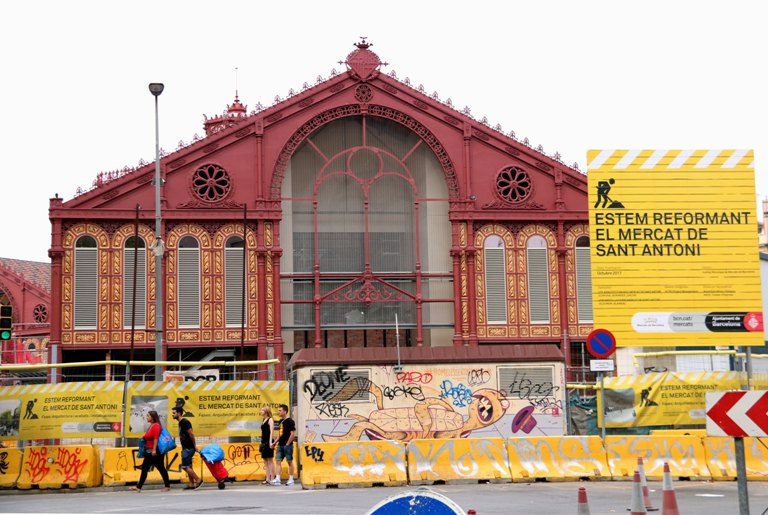 In the heart of Barcelona, on the left side of the Eixample disctrict (known by locals as ‘Eixample Esquerre’), but away from the hustle and bustle of other areas like el Raval or Las Ramblas, there is the neighbourhood of Sant Antoni. Almost 40,000 people live there, in a local atmosphere that is gradually transforming into one of the trendiest locations in the city. Just a stroll around allows you to find dozens of art galleries, cool cafés, and Brunch or wine tasting corners to show that Sant Antoni is in fashion at the moment.

The bohemian and stylish atmosphere blends perfectly in Sant Antoni with one of the facts that makes Barcelona so charming: the way it links modernity with tradition

Among design bars, clothes shops, art galleries, delicatessen and cosmopolitan foods shops, paradoxically, the most emblematic element of neighborhood is its market, which is the oldest in the city.

To know a little bit more about Sant Antoni Market, here are some interesting facts:

1. With the shape of what is called a ‘Greek Cross’ (four arms, each of them with the same length) the market is built over a massive and spectacular iron structure. In the centre of the cross, the market is crowned with a twenty-eight metre high octagonal dome supported by eight large iron columns which also serve as drainpipes for rainwater.

This structure also forms four ‘patios’ in which there are four entrances to the central octagonal part of the building. Altogether, it forms eight façades and there is also a large arch-shaped stained glass window which allows the entrance of the sunlight and leaves behind this initial threatening image of a “metal monster”.

At the entrance, the coat of arms of the City of Barcelona welcomes the visitors. 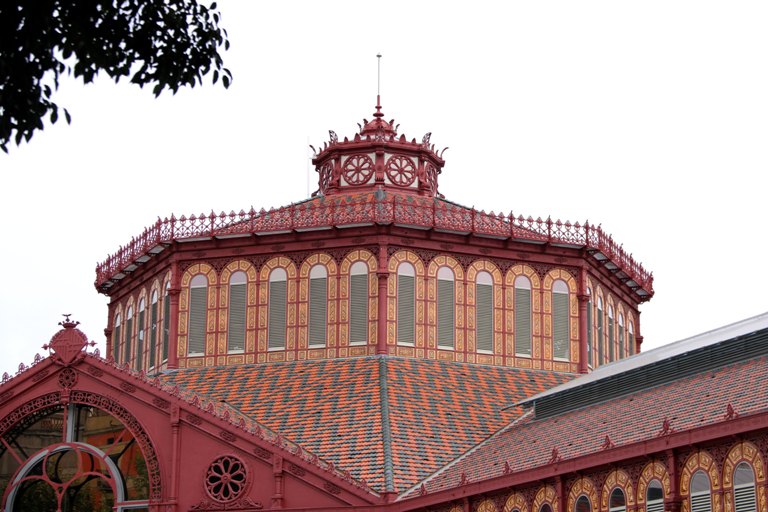 2. Sant Antoni Market is in a very centric location, and, just like an urban island, it is surrounded by four streets: Comte d’Urgell, Tamarit, Manso and Comte Borrell. In fact, in this area is where many trendy stores, bars and restaurants have appeared in the last few years. 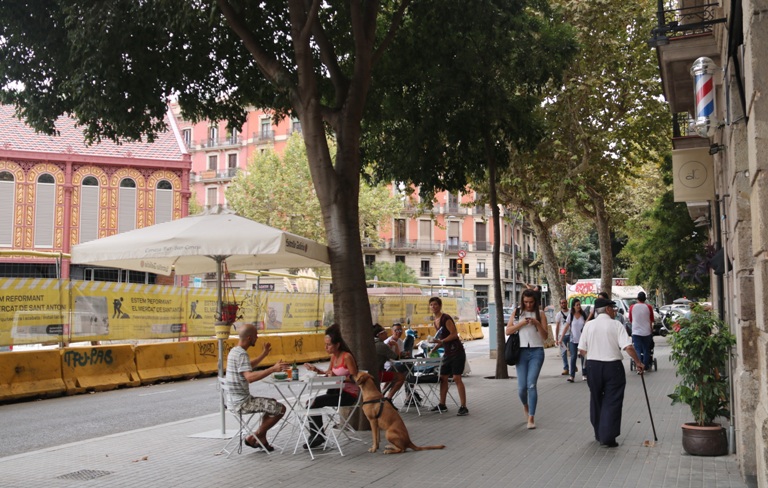 Terrace and streets always plenty of people in Sant Antoni

3. It has a surface of more than 5.200 square metres, which makes it one of the biggest markets in Catalonia’s capital city. In fact, there are three markets in one: the fresh food market (just like what you can find in Boqueria or Santa Caterina’s market), the flea market, known as ‘Encants’ (not to be confused with the ‘Encants’ in the Glòries area) and the Dominical Sunday book market.

4. It took ten years to finish the market. The construction started in 1872 and ended in 1882, the same year in which the Works of Sagrada Família began… and after 135 years they are still unfinished.

5. The Sunday Market or ‘Mercat Dominical’, is the only market in the city that specialises on a certain type of product. It is popular for its of old books, magazines, collectible cards, postcards, films and video games, but in the last years is also a meeting point for Manga comic and/or Role playing lovers. 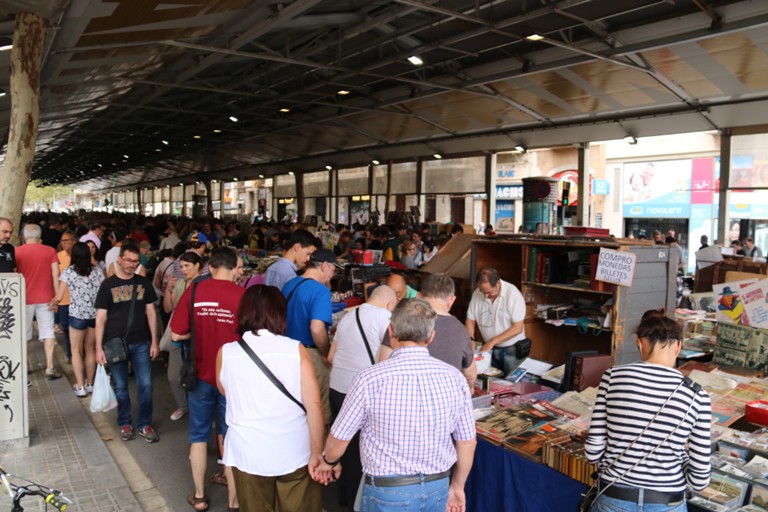 6. Back in 2007, on the 125th anniversary of the market, a thorough process of remodelling began. On October 10th 2009, traders moved their stalls to a temporary market, from where they continue trading as normal. Sellers and customers hope they can come back to the original market at the beginning of 2018.

7. One of the reasons that further delays the culmination of the market was the discovery of some complete sections of old pavement in the Via Augusta, one of the most important roads back in the Roman Empire times. In fact, it was this road that linked Rome to the city of Cádiz, in Andalucia. Visitors will be able to admire these unique remains, as well as some medieval city walls from the 17th century that were also discovered during the refurbishment.

So, Sant Antoni area is one of the most promising places to visit in the next few months. It is really easy to get there (a few minutes from the centre), but you can also make the most of it if you book a Private Barcelona City Tour, a four-hour experience with total flexibility: choose when, what and how, and your assigned guide will design your visit adapted to your choices and will speak in the language you are more familiar with. 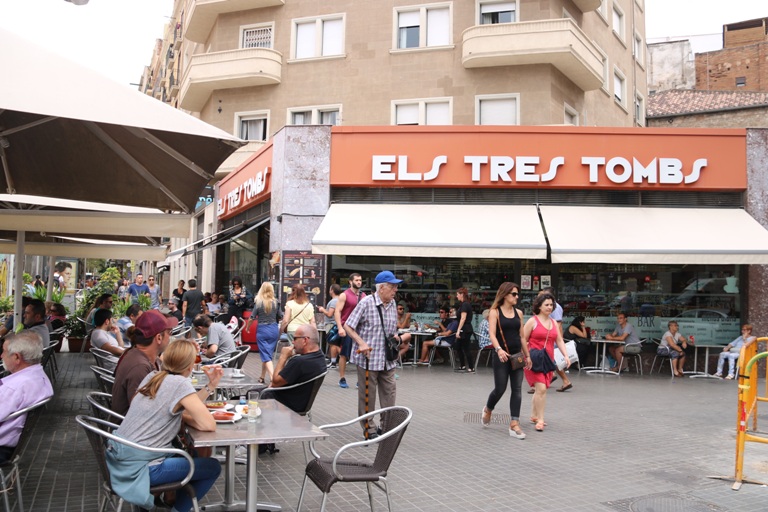 Incredible atmosphere at the terraces of the area