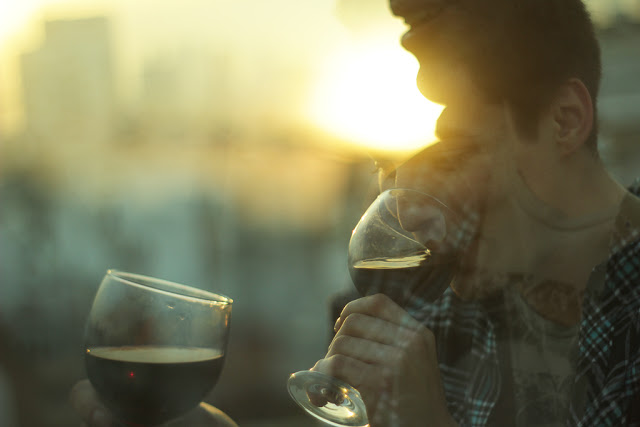 One of the reasons why Spain is known around the world is for its pleasant climate and its varied cuisine. Enjoy a glass of wine in the sunshine of a Summer or Autumn afternoon is a unique moment that you can’t miss on your holidays. The best time to walk through the vineyards is in September and October when is the harvest (time when the grapes are picked). In Spring, you can enjoy the view of the wonderful green fields.

1. What do you know about wine?

Spain is one of the largest producers of this precious drink. Spain has nearly 1.2 million hectares of vineyards, making it the country with the largest acreage of vineyards in the world. More than 15% of the global quantity but the third in terms of production behind countries such a Italy and France. Do you wonder why? Because there are not much vineyards in the dry climate and many Spanish regions have infertile soil. Sun is strong and water is needed. However, despite not being able to grow in all Spanish areas, the quality of this grape is superior in Spain. Precisely because the more suffer the grape, less water and more concentrated and pure is its flavor. Spain is the ninth largest net consumer of wine in the world.

2. Dinner with wine is a social custom

Since Roman times when the wine was rolling on the tables and palates of the most important guests and even enemies also, dinner with wine has became a social custom. From this time is the habit of toasting strong the glasses to pour some liquid also into the other glasses in case the enemy put some poison on it, staring at the eyes to see if they were real friends or not. 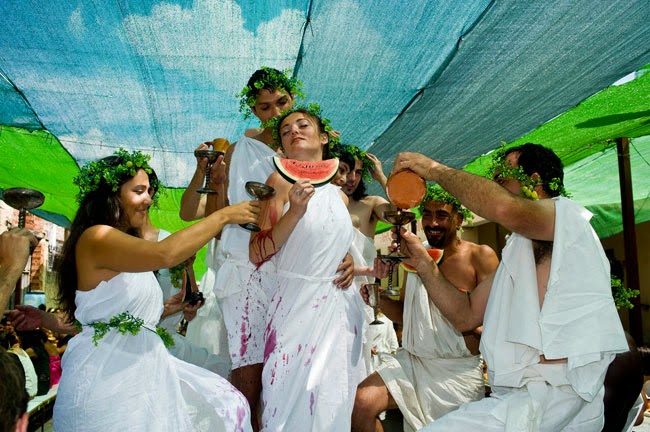 Recreation of a Roman celebration

Without much danger as in Roman times, still taking care that its alcohol don’t go to your head more than necessary. Its effect is multiplied under the strong Spanish sun and temperatures. As in Roman age, drinking wine can’t miss in any celebration nowadays.

3. Do you know which are the higher quality Spanish wines?

Look for the bottles with the Protected Designations of Origin (DO). It constitutes the system used in Spain for the recognition of differentiated quality resulting from characteristics of the geographical environment, premium materials and the influence of human factor. The top wines are the Designations of Origen Qualified (DOC) such a La Rioja and El Priorato. 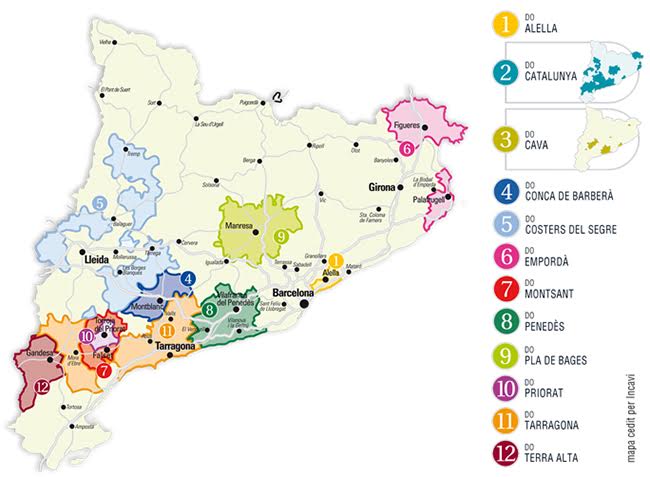 Map Protected Designations of Origin (DO)

4. Do you know a special wine that characterizes Catalunya?

The sparkling wine also called “Cava” (similar to Champagne) and it is a wine made by the traditional method champanoise. Don’t forget to visit the Catalan region of Penedès comprising the provinces of Barcelona and Tarragona (95% of Spanish production) and especially the town of Sant Sadurní d’Anoia (75% of Spanish production) the most important center of production of cava. This precious drink is also produced in other parts of Spain. Be aware these innocent bubbles also can be dangerous! In our tour you can discover the smell and taste of this grapes. 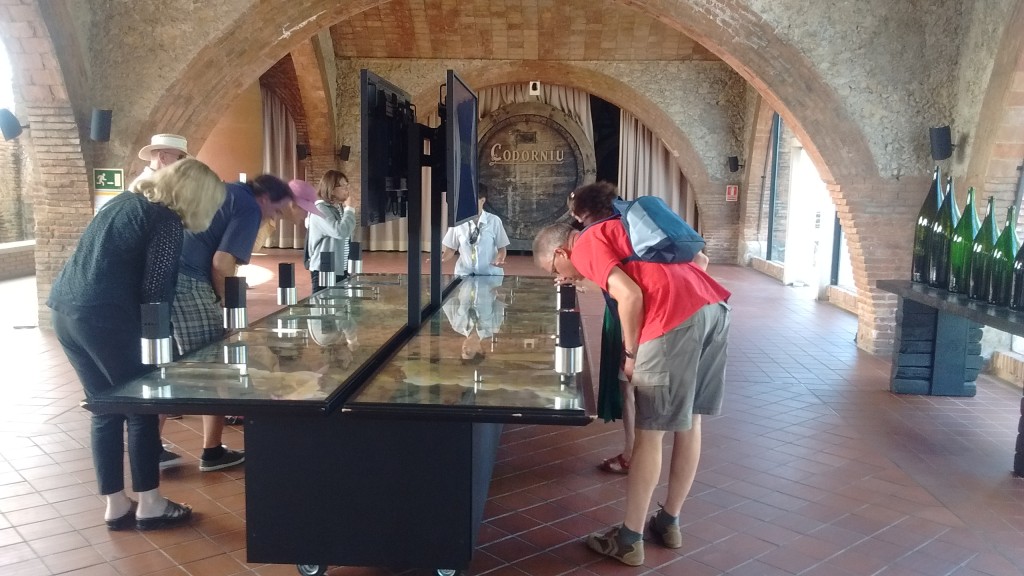 Discovering the different varieties of grapes

Varieties of grapes used in the preparation of cava in the Penedès are Macabeo, Parellada and Xarel. Each gives the cava characteristics that complement each other so the oenologist mix them to get the best aroma and flavor.

From these grape varieties they will take the wine base. With low pressure is possible to remove sludge and leaves. Once the base wines obtained mixture and it is adequate, we past to the second fermentation. Basically, the base wine bottling adding the ‘tirage liqueur’. It is a mixture of white wine, sugar and yeast ferment to produce carbon dioxide and the characteristic aroma.

The bottles have to rest in a horizontal position in cellars, in dark and quiet, and at a constant temperature of 15 ° C. The duration of aging is at least nine months. The older the better.

Have you ever visited one of these amazing underground places? In Catalunya don’t miss Codorniu, the largest underground cellars in the world. 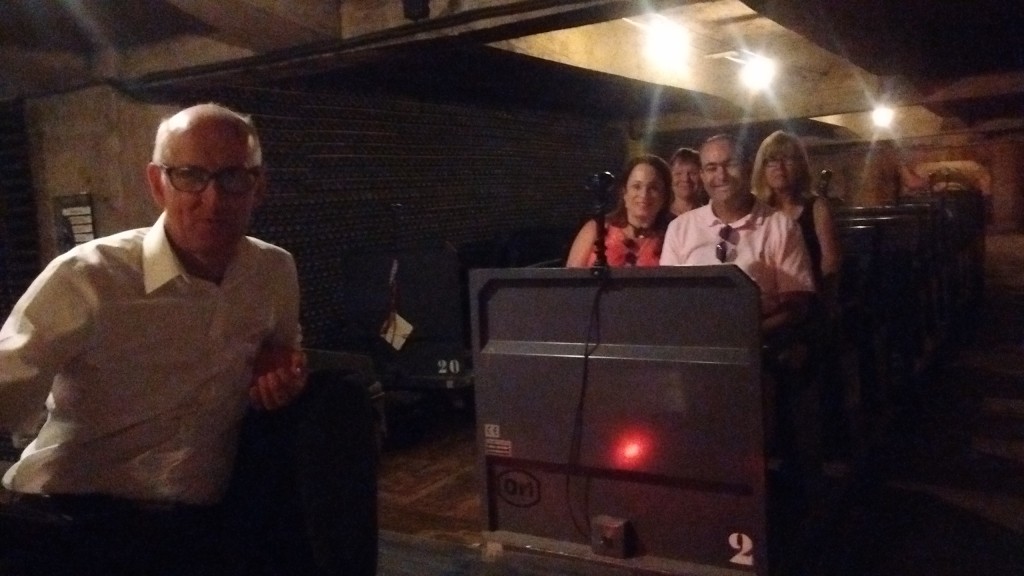