El Call – Jewish Quarter – of Girona, is one of the best well-preserved medieval Jewish quarters in Europe, with beautiful old buildings and charming narrow streets.

The first Jewish families settled in the city as early as the 9th century and lived until 1492, the year of the Spanish Decree of Expulsion. Walk around the narrow cobblestone streets, discover the intimate courtyards and observe the inscriptions engraved in stone. 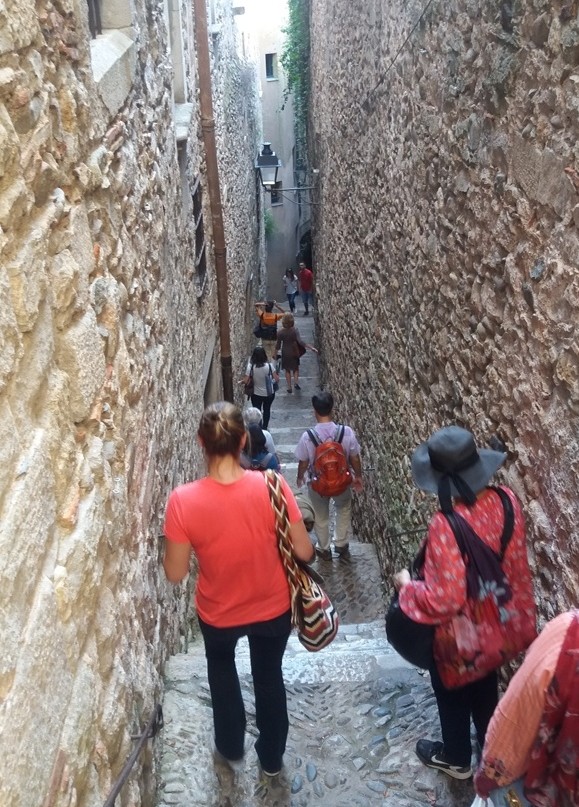 Street or corridor? In the Call – Jewish Quarter in Girona

How did the Jewish people live in the medieval Catalonia?

You will find the answer in the Centre Bonastruc ça Porta. It is located in what used to be, in the 15th century, the synagogue and other communal areas used by the Jewish community in Girona. It homes the Museum of the History of the Jews and the Nahmanides Institute for Jewish Studies.

Courtyard of Jewish quarter in Girona

Girona is a 2000 year old town where many cultures have left their footprint – Iberians, Greeks, Romans, Arabs, Jews, Christians. The main icon of this medieval town is the picturesque houses overlooking the Onyar river.

Travellers in Barcelona that want to know the Jewish heritage of Girona now have it easier. In Barcelona Guide Bureau we make the most of your time visiting Girona by the AVE high speed train in our Dalí Museum and Girona Tour. In only half an hour you will be at Girona and our licensed guide will walk you into the Jewish quarter.