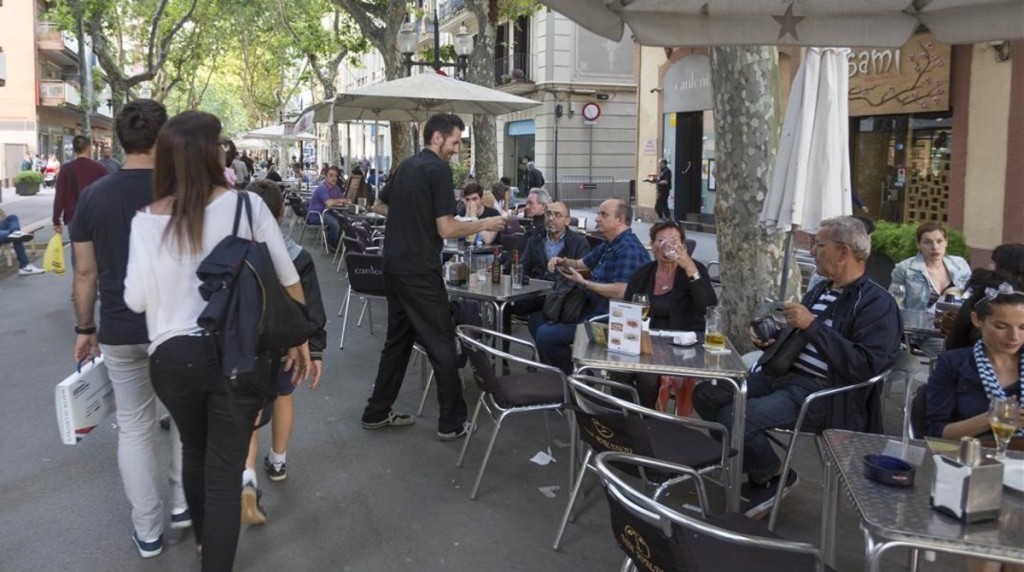 People enjoying at the terraces

Delicatessen you can’t miss on your holidays

The sunny weather and the thousands of open air activities are two big reasons to book your summer holidays in Barcelona. But the gastronomy is also a huge attraction for Catalonia’s visitors and its main city from July to September. What to eat this Summer in Barcelona? There are delicious dishes and products of the season that you have to try, at least, once in your life. Once you taste it, I bet you will repeat!

Reddish body, firm texture, taste full of freshness and an incomparable and exquisite flavour. The ‘Palamós Prawns‘ are unique just from the moment they are captured in the waters of Costa Brava, between Begur and the stream of Ridaura (Platja d’Aro) which owes enough reputation to acquire quality stocks of this species in the coastal waters of Empordà. Don’t leave Catalonia without trying them! You won’t feel guilty about your appetite. Palamós prawns are a good source of protein of high biological value and its fat content is low, at around 2%, mainly unsaturated. So go ahead! 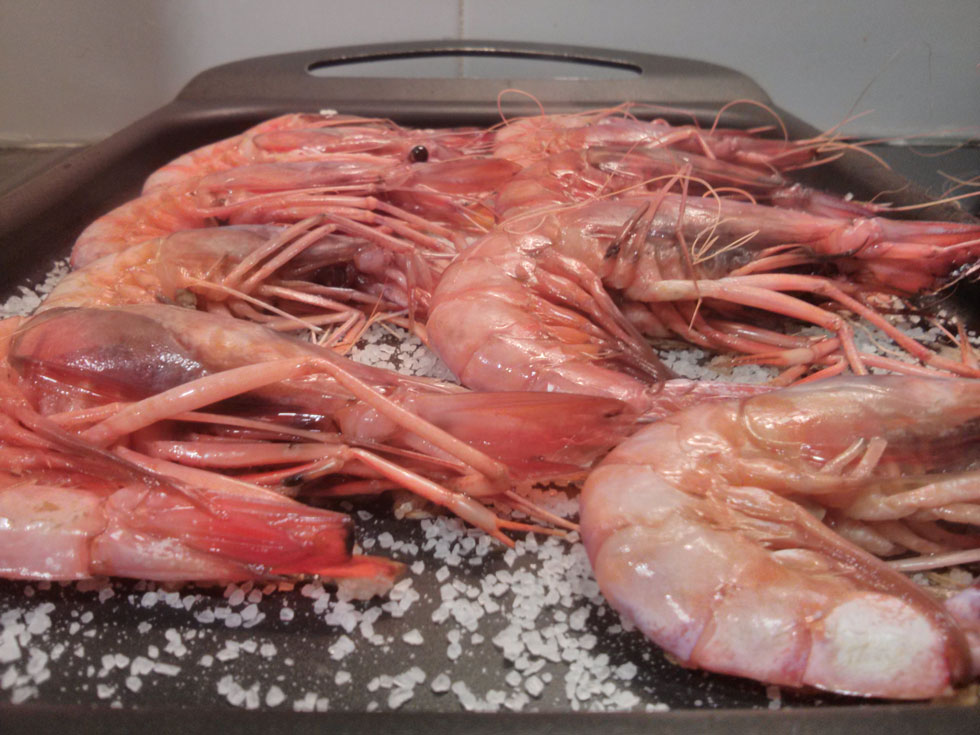 If you want to avoid being considered a ‘common’ tourist, why don’t you try to avoid what do other tourists order when they go out for a meal while on holidays?. Anyone with a handful of rice, a jar of broth, and a picture of the dish outside their tourist-trap establishment can claim to have the “best paella in town”. But you are able to go beyond paella which, by the way, it is a dish is more typical in Valencia than in Catalonia. Black rice with cuttlefish (where its black colour is obtained from squid ink), rice dish with lobster or the also well-known ‘fideuà’ –instead of rice, the main ingredient of the base are tiny, thin noodles called ‘fideus’-, are only a few of the the many delicious recipes made with rice that are easy to find in the menu of any decent restaurant. A ‘secret’ to share with your loved ones when you go back home. 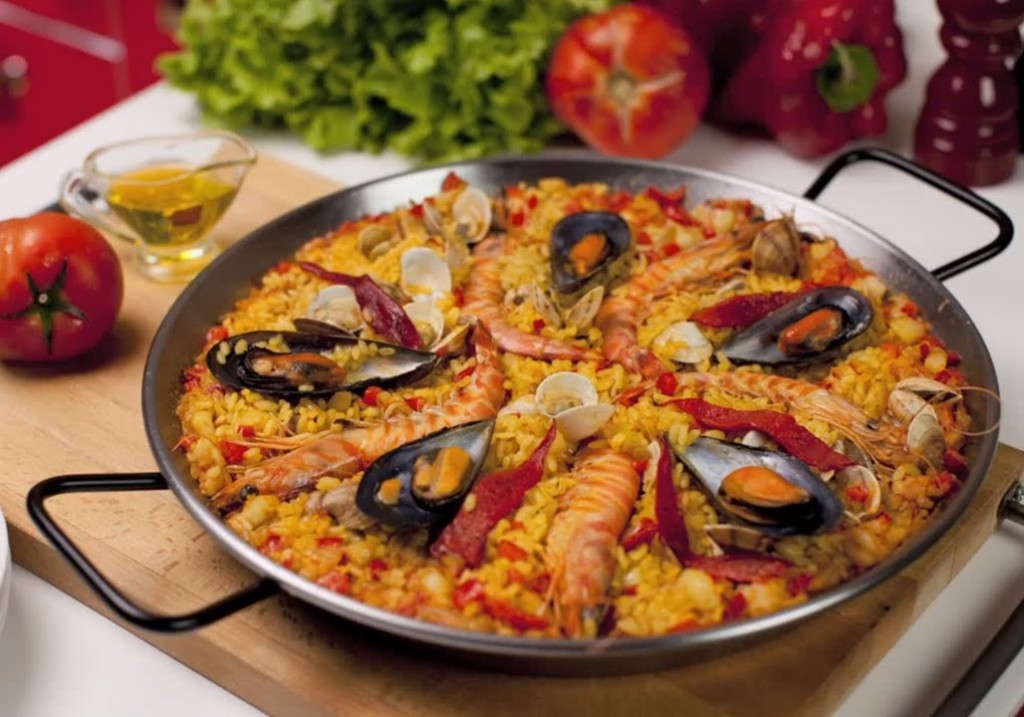 September: ‘Pa amb tomàquet’ with (probably) the best wines in the World

A toasted slice of bread with tomato rubbed over, seasoned with olive oil and salt and sometimes with a gentle rub of garlic on it. It’s amazing how such a simple thing is considered one of the most popular appetizers or side dishes in Catalan gastronomy. Bread and Tomato (from now on you’d have to say ‘Pa amb tomàquet’), is an institution and one of the inventions that locals are most proud of. The origin of this dish is disputed, as tomato is relatively new to Catalan cuisine (it came from America only after the 15th century). One of the most accurate theories comes from historian and ‘gourmet’ Nèstor Luján, who claimed that the first written reference of ‘pa amb tomàquet’ dates back to 1884. According to his thesis, the recipe would have been created in the rural areas during an abundant tomato harvest. With all the surplus, country people would have used the tomatoes to soften hard and dry bread.

Even more ancient is the inclusion of wine in Catalan gastronomy. A tradition of over 2.500 years resulting in the current twelve designations of origin which refer to the zones where the winemaking take place. A visit to consider is the birthplace of the catalan sparkling wine –known as ‘Cava’-, invented in the early 1870s in Sant Sadurní d’Anoia by Josep Raventós of the Codorniu Winery.

Discover the Cathedral of Cava!

Codorniu has the largest underground cellars in the world; it stocks up up to 100 million bottles which are housed in a Modernist building declared a historic artistic monument. Barcelona Guide Bureau offers you the option to visit it on a tour around the cellar in a small electric train and a taste of cava (method champenoise wine). This unforgettable journey continues on the way to Montserrat Sanctuary, and you can also take the ‘combo’ option which includes the entrance of another ‘must’ in Catalonia: Gaudi’s Sagrada Família.

Good weather, plenty of things to do and, of course, plenty of delicious dishes to taste and enjoy. Summer is here and we are waiting for you! 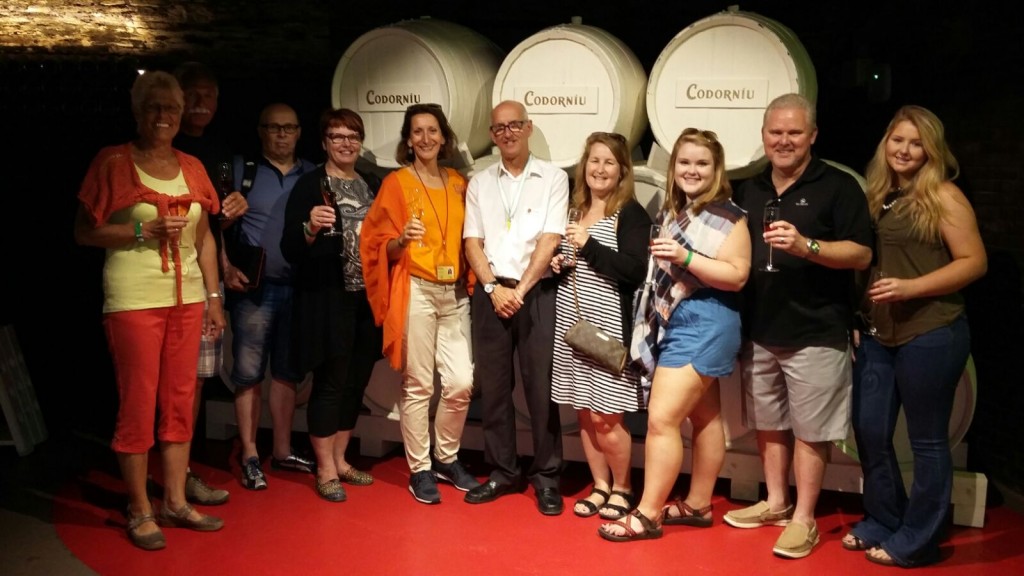 If you’re visiting Barcelona in Summer, you might also like our article about Barcelona and Summer things to do, and also a few tips on How to Beat the Heat in Barcelona.