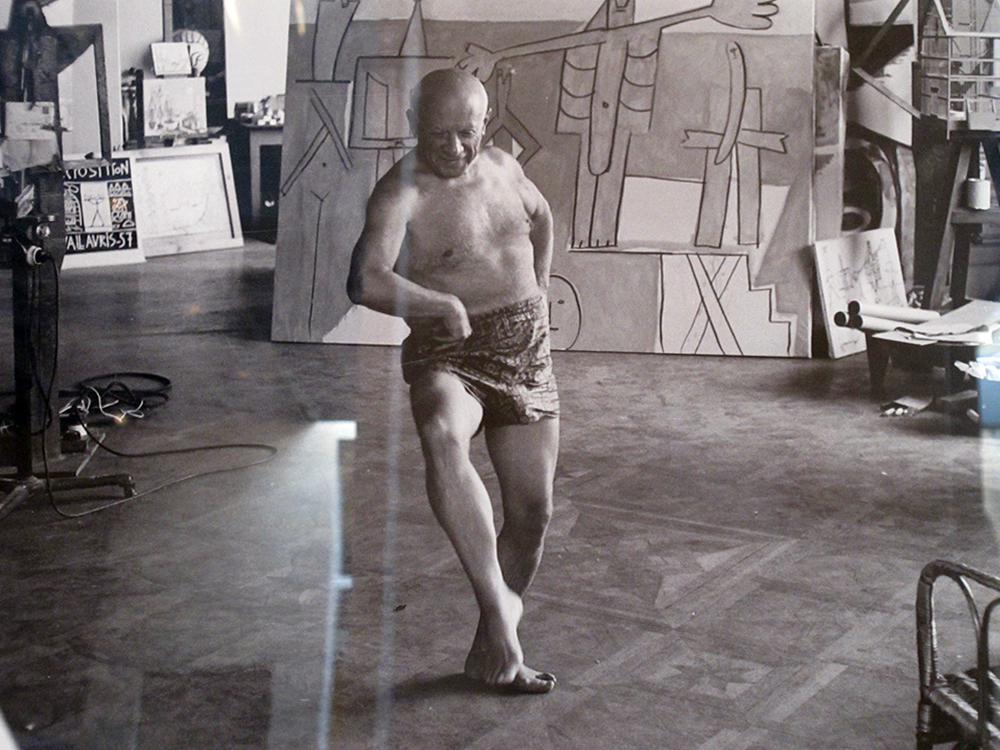 There is no doubt that Pablo Ruiz Picasso (Málaga, Spain, 1881-Mougins, France, 1973) is one the most known artist of all time. His prolific creativity and unlimited talent have left some of the most admirable art pieces in history. His personality also increased the legend, and Barcelona had something to do with that. Here are seven facts about the young artist you will probably find curious to know and some clues of why Catalonia’s main city had an influence on him.

Picasso was baptized Pablo Diego José Francisco de Paula Juan Nepomuceno María de los Remedios Cipriano de la Santísima Trinidad Ruiz Picasso, a series of names honouring various saints and relatives. Born in 1881 in the city of Málaga he was the first child of José Ruiz Blasco, a painter, art teacher and curator of a local museum, and María Picasso López. The surname Picasso is originally from the Italian city of Sori, near Genoa. The artist great-grandfather was Tommaso Picasso who moved to Spain in 1807. Although being a long name with 19 words on it according to be baptized as a Catholic, Picasso would later on become an atheist.

They say that his first word said when he was a toddler was ‘Piz’, referring to ‘Lápiz’, which is ‘pencil’ in Spanish. The artist loved to tell stories about his childhood. His first oil painting was completed at the tender age of 9 and was called ‘El Picador’ (also ‘El picador amarillo’ or ‘El pequeño picador’. It is a small painting (only 24 x 19 centimetres ) probably copied from a bullfighting magazine, which were common at the time. In fact, in August 1890 a series of celebrations  took place in his birthplace in which several bulls were fought in the bullring of La Malagueta. A curious fact is that the young author used wood cigar boxes as a sort of canvas. Do you want to know its artworks?

At the age of 15, he made ​​his first academic work. He called it ‘Primera Comunión’ (‘First Communion’) in which his father, José Ruiz, his mother, María and his sister Lola appear kneeling at an altar. It is said that he painted a series of religious paintings that never dared to sell afterwards. In fact, as it said previously, Picasso claimed that he was an atheist. Moreover, he got very involved to the Communist political movement. 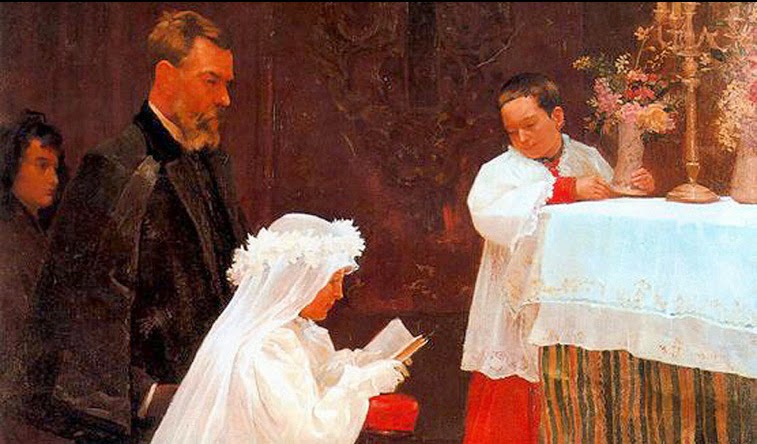 Besides of being considered one of the greatest artists of all history, Pablo Ruiz Picasso is also the most prolific. It is estimated that during his 91 years of life he produced more than 13,500 paintings and drawings, 100,000 prints and engravings, 34,000 book illustrations and 300 sculptures and ceramics. Because of this unstoppable creativity and dedication, he is worth a Guinness Record.

Apart from being a prolific, creative and versatile artist, Pablo Picasso had loads of seductive skills. His magnetism conquered the hearts of so many women: Marcelle Humbert, Gaby Lespinasse, Olga Khokhlova (mother of his elder son, Paul), Marie-Therese Walter (mother of Maya Picasso), Dora Maar, Françoise Gilot, whom he had the twins Claude and Paloma, Geneviève Laporte and his last partner, Jacqueline Roque.

One of the most incredible stories concerning Pablo Ruiz Picasso is that the police considered him as the responsible of stealing the ‘Mona Lisa’ the world famous painting by Leonardo Da Vinci. It was stolen in 1911 from the Louvre museum in Paris and, at first, the investigators had main suspects such Picasso himself and his friend, the poet Guillaume Apollinaire. In fact, they were arrested and interrogated. Soon after they were released because there was no link between Picasso and the robbery. A man called Vincenzo Peruggia was the person who stole ‘Le Joconde’. The painting was missing for two years and, in fact, this disappearance was what really brought fame to the painting.

What is ironic is that Picasso is the most stolen artist in history: 350 of his works have disappeared for a while or for good.

7. “Painting the blues” for the death of a friend:

Some of the best known early paintings of Picasso belong to what is called ‘Blue Period’, between 1901 and 1904. Its characteristic monochromatic paintings, in shades of blue and blue-green, (only occasionally warmed by other colours) makes us think that Picasso was suffering a tough and emotionally difficult time. In February 1901, one of his best friends, Carles Casagemas committed suicide by shooting himself in the right temple life at the L’Hippodrome Café in Paris. Picasso and Casagemas met in Barcelona, and this death caused a big impact to the artist. Several biographers state that in the latter part of 1901, Picasso sank into a severe depression and blue tones began to dominate his paintings. His work Picasso’s painting ‘La mort de Casagemas’, completed early in the year following his friend’s suicide is a good example. 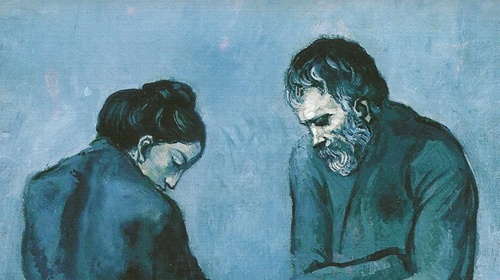 TIPS! Corners in Barcelona where you know Picasso a little bit better…

Pablo Picasso always defended how much Barcelona was decisive in his personal and artistic life. One of the places that promoted a young Picasso and was also a meeting point to hang around with his friends was ‘Els Quatre Gats’ (The Four Cats) tavern.

Opened on 12th June, 1897, ‘Els Quatre Gats’ tavern is located in the heart of Barcelona in a building designed by architect Josep Puig I Cadafalch. The customers expected something more than a good meal. And the owner Pere Romeu was really on task! Chaired discussions regarding world issues, art performances, shadow puppets and marionette shows and the witnessing paintings of Ramon Casas are some examples of the activities that were taking place there.

In 1899, at the age of 17, Picasso began to frequent the tavern and presented his first exhibition in the main hall. He also made the drawings for the cover of the menu of the restaurant. Musicians such as Isaac Albeniz and Enrique Granados, Santiago Rusiñol, Gaudí and artists like Ricard Opisso and Picasso himself used to go quite often to enjoy the friendly and creative atmosphere. 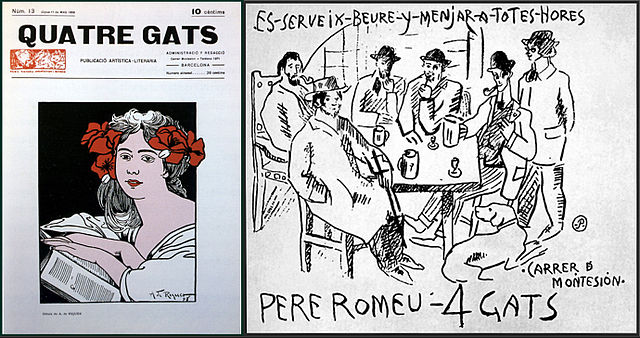 Visiting Picasso’s Museum is a must visit, in order to know much better the link between Picasso and Barcelona. It includes numerous works from his formative years and a complete assortment of paintings that belong to the Blue Period- The Museum also houses an important representation of works from 1917, and the series ‘Las Meninas‘ (1957) as well as a comprehensive print collection. Altogether, 4,251 works that make up the permanent collection of the Museum, opened in 1963.

Don’t miss this amazing artist and know him through its artworks in Barcelona like this group with the perfect tour! 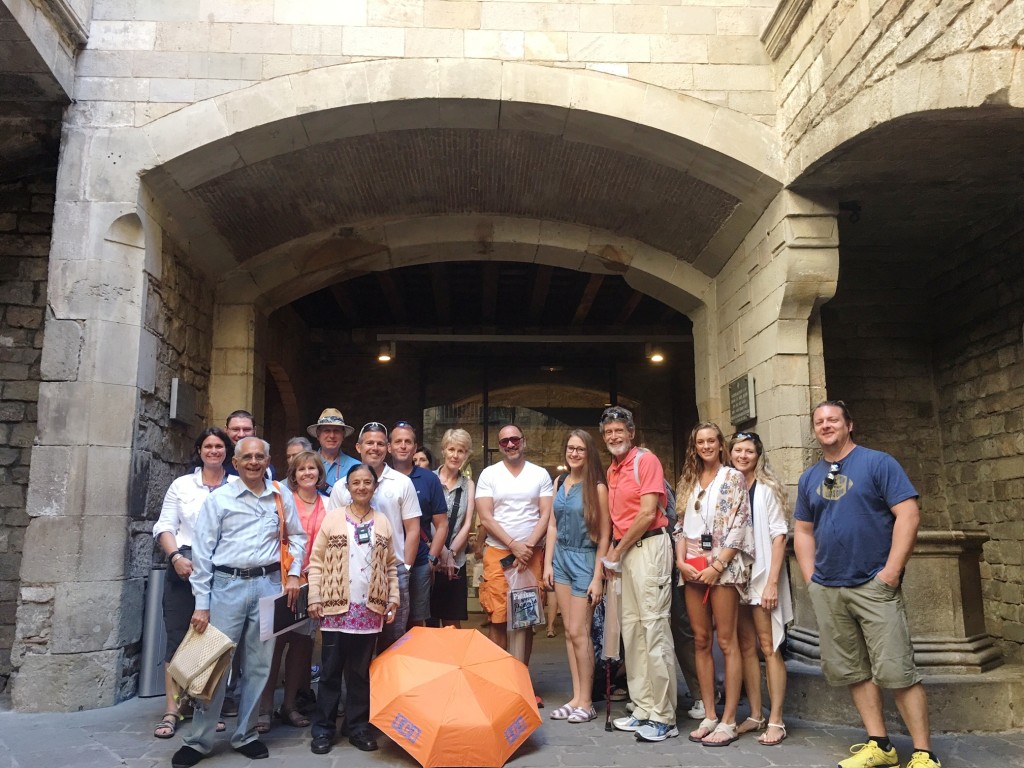 4 comments on “Pablo Picasso: a genius in Barcelona”