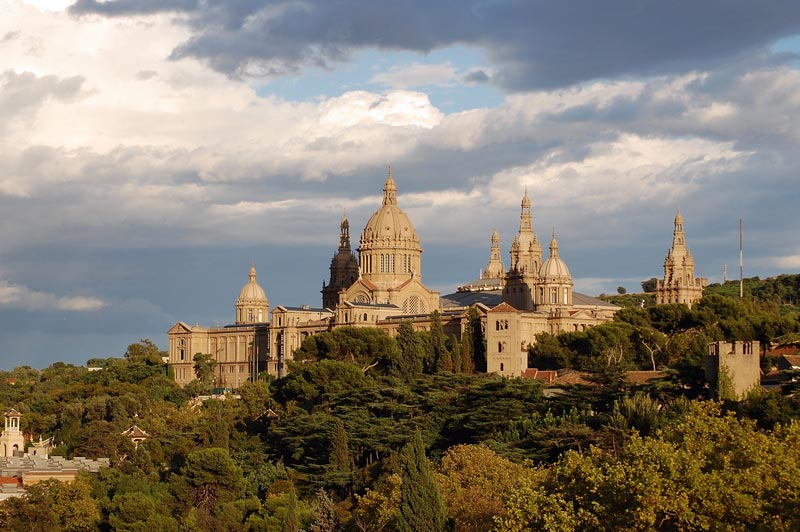 Montjuïc mountain is one of the places at the top of the list to visit in Barcelona. It is next to the sea, but there’s plenty of varied and leafy vegetation that reminds of a kind of ‘enchanted forest’. The main facilities that held the Olympic Games, back in 1992, regained the importance that it has always had. It is really worth going to Montjuïc, not only for the places that you can visit, (Museums, park, monuments), but also because you will always find a surprise in every corner. There is always one thing in common: breathtaking views of the city even if you look towards North, South, East or West.

Here are some suggestions of the top things you can do in Montjuïc:

1. Admire the spectacular views over the city of Barcelona

A good start to your mission to find great views from Montjuïc is to head upwards the entrance of The Museu Nacional d’Art de Catalunya (MNAC). You can get there from Plaça Espanya and use the escalators to reach the top. Once you get there, you only have to turn around and look on what you have behind. You will get an amazing view of Barcelona. An unforgettable welcome from one of the most important museums of the country.

Apart from the views (and just at the front of the magic fountain) four Greek-inspired Columns stand out. They symbolize the four bars of the Catalan flag, known as ‘La Senyera’. The columns were originally located where the fountain is now, and were designed by Modernist artist Josep Puig i Cadafalch. This monument was demolished in 1928 during the dictatorship of Primo de Rivera, following a systematic elimination of symbols of Catalanism. The columns were almost 20 metres high, and the Catalan Government and Barcelona’s Town Hall decided to build them up again in 2010. 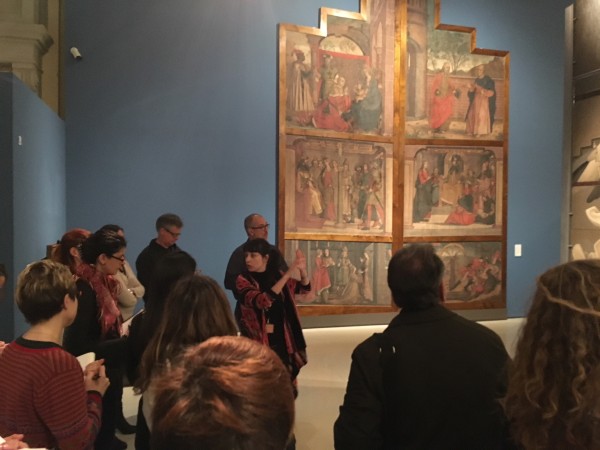 Nearly everyone goes to the National Museum to enjoy the views. But it’s also worth a visit! Especially to see the 800 year old Romanesque collection from the early Medieval times. There is also a Gothic collection that will help you understand Barcelona’s Gothic architecture like the Santa Maria del Mar church and some modernista (art nouveau) paintings – not everything from Gaudí’s period was architecture!

3. Get spiritual in the Montjuïc Cemetery 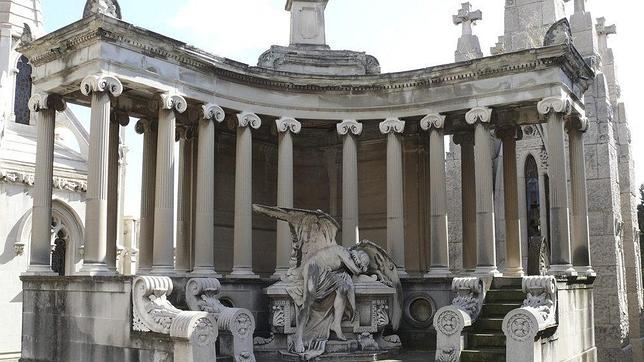 Cementery of Montjuïc, the most beautiful in Spain

Artist Joan Miró, composer Isaak Albéniz, urbanist and designer of Barcelona’s Eixample district, Ildefons Cerdà and FC Barcelona’s founder, Joan Gamper, all had their final resting place in this location. But apart from the historic and funerary interest (it also holds an amazing collection of Funeral Carriages) the cemetery expands all way up the mountain, surrounded by walls with hundreds of thousands of niches and mausoleums.

The views are really amazing from the top of the mountain, where you can see a panoramic view of the Olympic ring facilities or enjoy some really interesting views of the port or Barcelona’s El Prat airport to witness how planes land.

4. Get the full scope of Barcelona, mountain to sea, from the Mayor’s Lookout 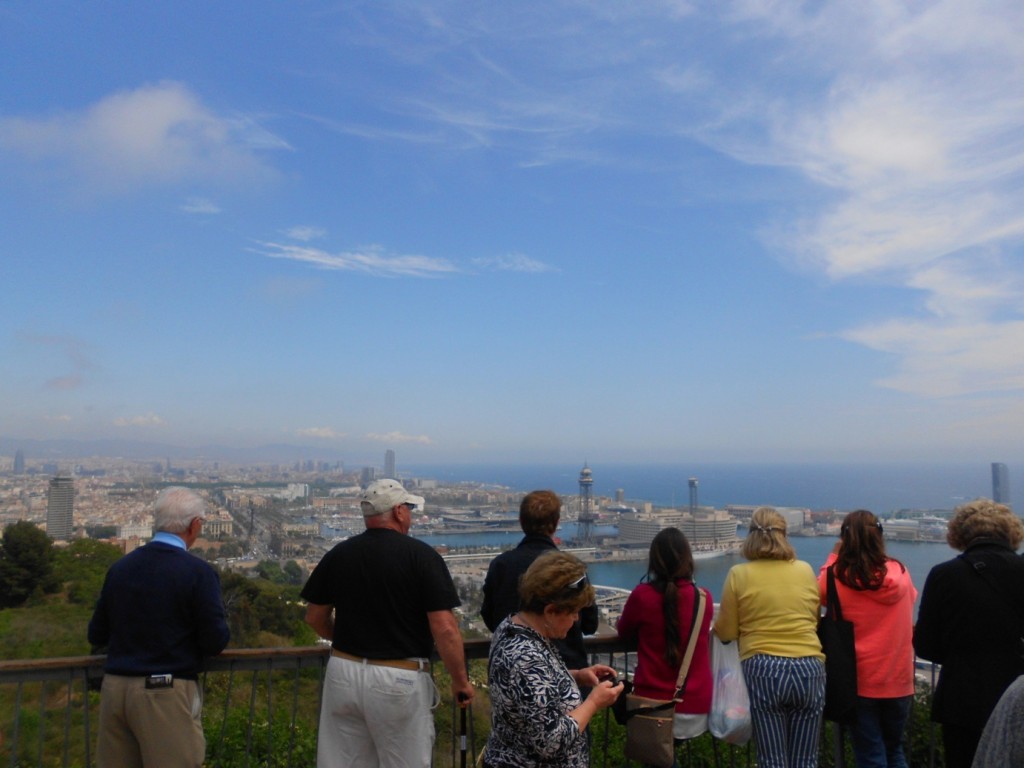 Reopened in 2009, Mirador de l’Alcalde is a great spot to witness the views of Barcelona’s harbour: the Maremagnum Area or Christopher Columbus Statue, but also to get an impressive view of the density of the city itself, with its buildings that seem to overlap with each other. In fact, this lookout that was actually inaugurated in 1969 was dedicated to Barcelona’s Mayor Josep Maria Porcioles, who held this position for 16 years during Franco’s regime. His management was characterized by massive constructions, buildings and neighbourhoods, in order to absorb the increase of population that Barcelona was suffering.
In spite of the origins of the Mirador, another interesting fact to know is the decoration of the pavements of the place. As one gets closer to the views, one can walk over a mosaic made of metal pieces, such as nuts, screws, and even glass bottle bottoms, which create different kinds of drawings that are really fascinating.

5. Head towards the very top to the Castell de Montjuïc – the Castle 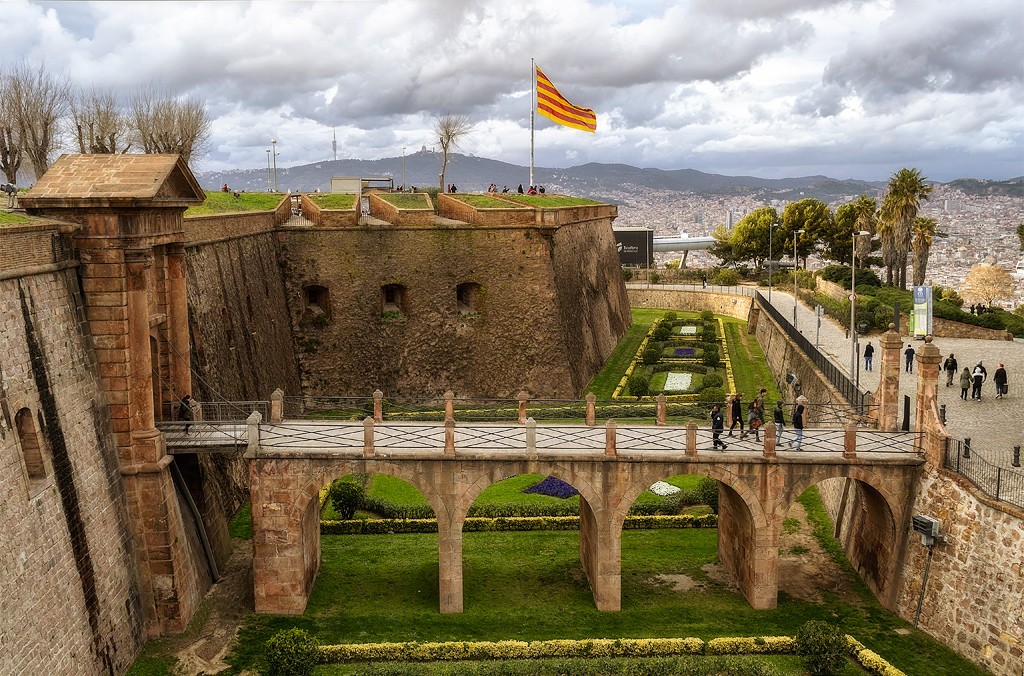 Castle of Montjuïc on top of the mountain

Every city with history has to have its own Castle. Barcelona is in this list, with a building that also offers a fantastic view of the sea and the coast. It is only a few metres way up from the Mirador de l’Alcalde. So a great option is to walk there and enjoy an impressive site which became a castle in 1694. In recent times, after the Spanish Civil War (1936-39) it became a prison where inmates of the Republican side were executed by Franco’s troops. One of them was Republican Catalan President, Lluís Companys.

6. Get a birds-eye view from telefèric de Montjuïc cable car 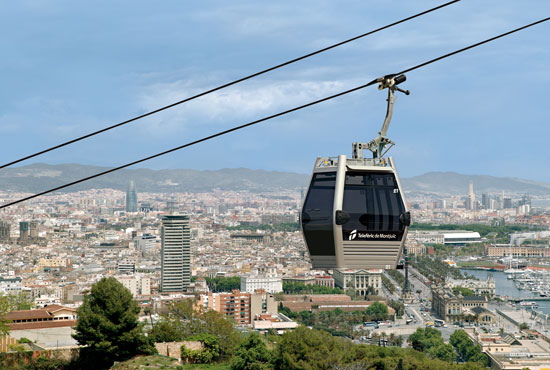 An extra to your visit: An original way to get to Montjuïc and enjoy some great views at the same time is to use The Telefèric of MontjuÏc, a cable-car that gives you a bird’s-eye view of the city while you are heading towards the Castle. The Port, Sagrada Familia or the emblematic Agbar Skyscraper are some of the sites you can see from up there.

The Teleferic has three stops: ‘Parc de Montjuïc’, ‘Castell’ and ‘Mirador’ where you can discover the most emblematic places of the mountain. 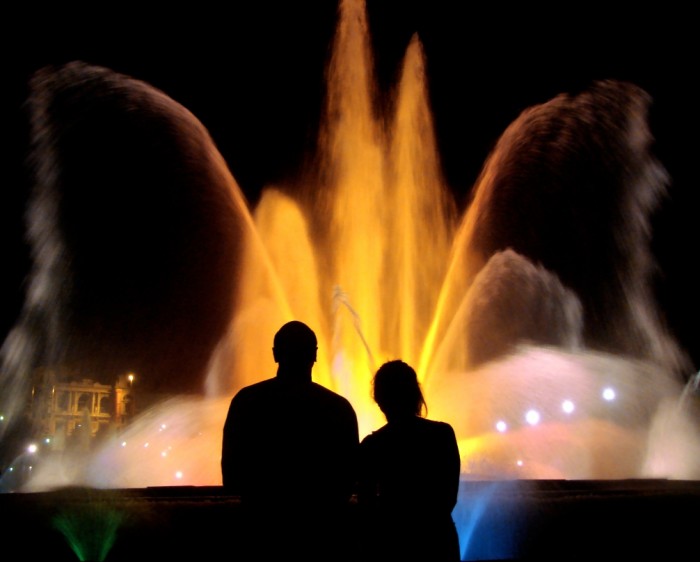 The Magic Fountain: A ballet made of water, light and music

Water, light and music. A unique and spectacular show that refreshes your body and soul (which is quite appreciated during Barcelona’s summer nights).

The easiest way to get there is with our Magic Fountain night tour. You will start by enjoying the coastline views, including the Barceloneta neighborhood, where the fishermen were historically based, the shipyards of the Drassanes and the Port Vell (Old Port). You will then go up to Montjuïc with a stop to admire the views over the city and head towards the Magic Fountain, with plenty of time to enjoy dancing waters with light and music show. At the end you don’t have to worry about getting back to your hotel because we will drive you back there! (or as close as possible).

2 comments on “Montjuïc, 7 top things to do”