Urban planning has never been easy, especially when ongoing projects are of massive scale such as the case of Via Laietana in Barcelona. The street is called after the Iberian tribe who lived in the city’s area: the Laietani. When the Roman Empire arrived to the peninsula, they settled the military camp that became the Roman city Barcino later on, driving the Laietani away from their homes. Nearly 2000 years later, Barcelona was a vibrant, expanding city, since the industrialisation phenomenon was at its peak. 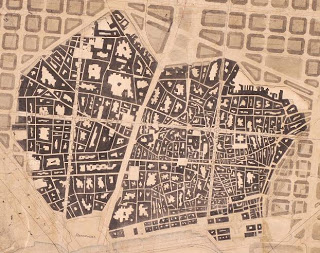 Via Laietana: the vertical avenue on the right side 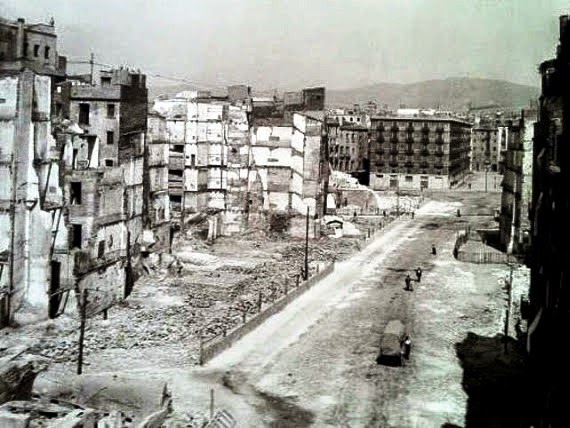 The construction of la Via Laietana, early 1900s

The Urban planner Ildefons Cerdà was in charge of the city’s enlargement and thought of two roads that would cut through the old city. The main purpose of this avenue was to connect the city’s enlargement of the 19th century to the waterfront. The street was projected to go from Urquinaona square to Antonio López Square down to the haven. Nonetheless, this avenue meant to many citizens what the Roman camp to the Laietani. 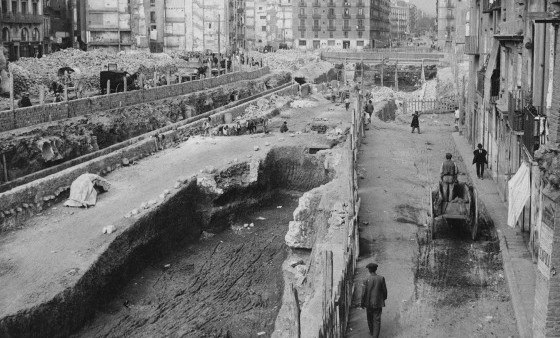 Via Laietana: more than 40 years of work

The project was highly controversial

Opening a large avenue affected a large number of households, whose sole option was no more than to move away. Another issue was related to the cultural and architectural heritage of the area, houses and palaces from the middle ages were risking to disappear. At the beginning of the 20th century, the project was initiated, despite of the opposition of the neighbours and architects, as well as archeologists and historians, who disapproved the demolition of emblematic constructions. 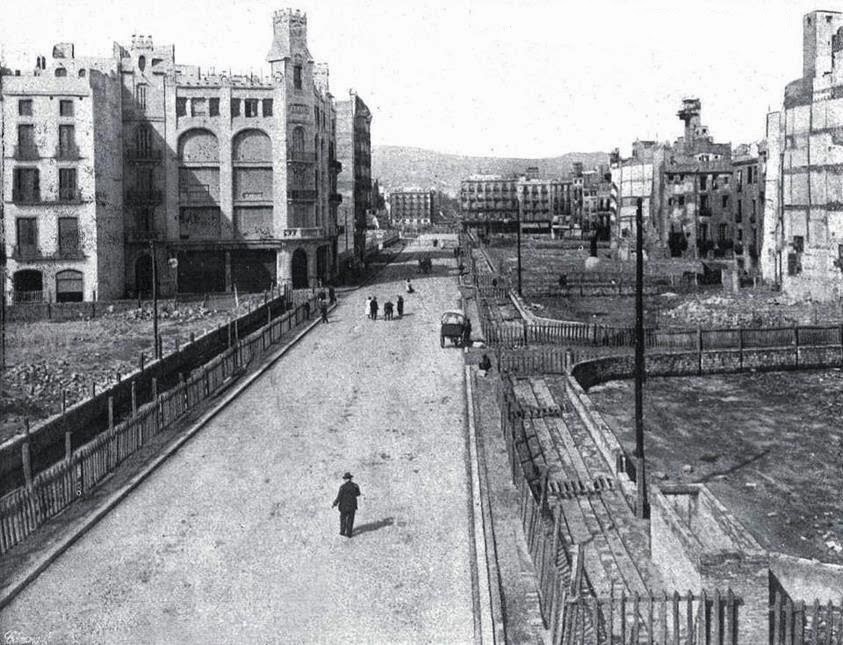 Fortunately, some houses were saved, like Casa de la Seda, and others were unbuilt and placed elsewhere nearby, as it happened with the Casa Padellas, hosting today Barcelona’s Museum of History. Nonetheless, there were also many reasons to open the Via Laietana, mainly because of the lack of hygiene and the need to connect trade routes. 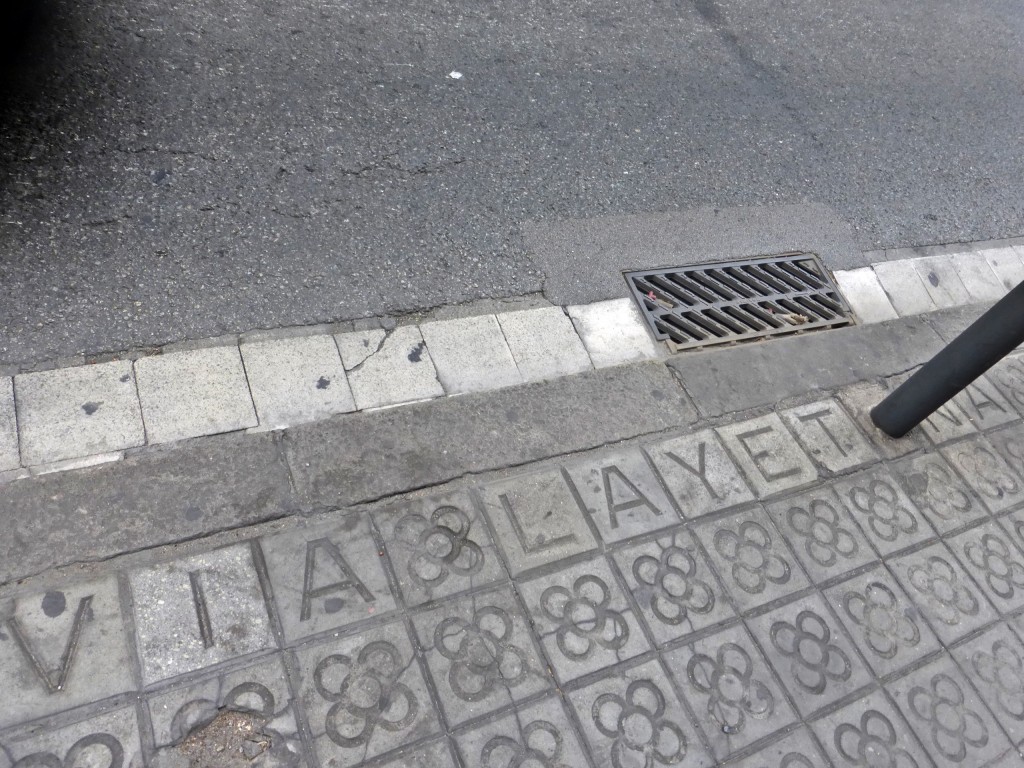 The result has been a major avenue with a handful of emblematic buildings, headquarters to companies and institutions. There is a peculiar combination of styles, from neoclassical influences coming from Paris and the School of Chicago, to Art déco and the characteristic Art Nouveau style called Modernisme. The Via Laietana is now the separation between the two main areas of the city centre, El Born and El Gotic. 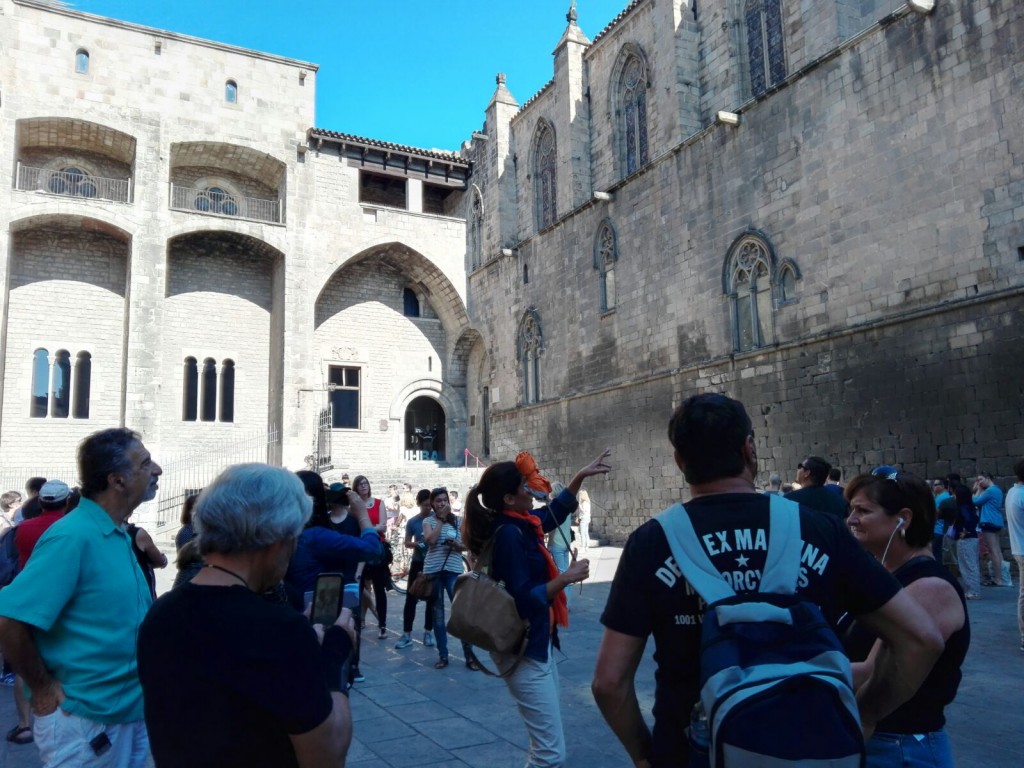 Tour around the Gothic Quarter: Museum of Barcelona’s history

For a discovery route in Barcelona’s old city, I would start the day taking a walking tour, the Picasso Museum and Gothic Quarter walking tour will show you the main interesting points of the area, you’ll get an overview, even from la Via Laietana. It’s a street you can walk after the tour straight to the coastline, but don’t miss its hidden gems! 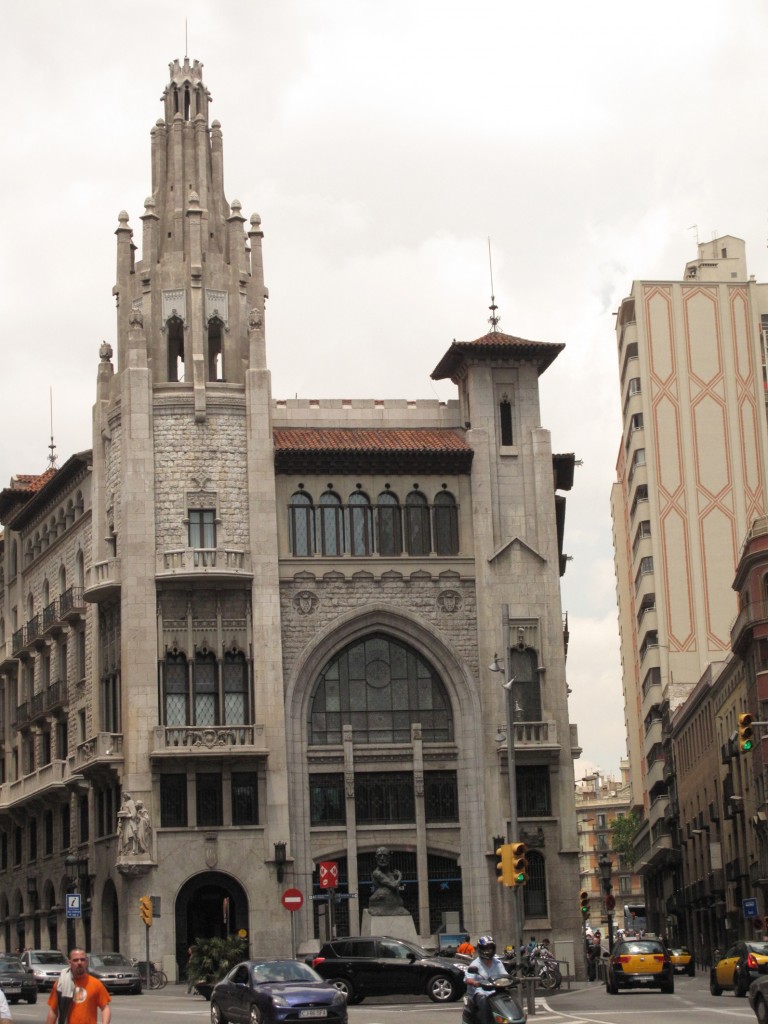 At first, starting walking down towards the sea, on the left side, la Caixa de pensions, the majestic Art Nouveau building made for the Catalan Bank. By turning left, very close to the Via Laietana itself, there is a visit you should never miss, the Palau de la Música guided visit, an absolute must among our jewels of Art Nouveau. 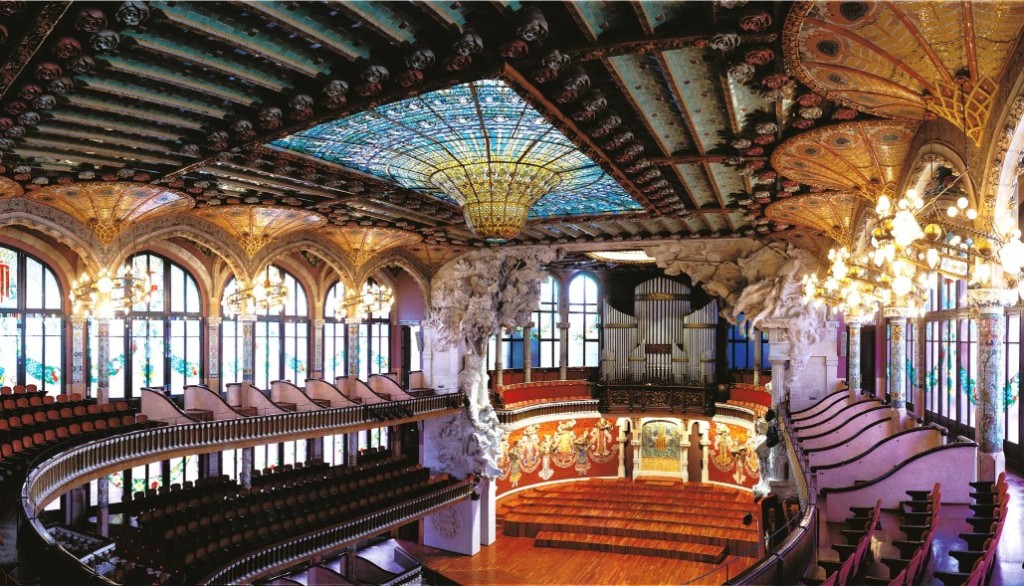 Close to the Palau de la Musica, you will find the oldest building kept in the Via Laietana, dating back from the 1700s to become the main house of all textile silks, the Casa de la seda (house of silk) is the only guild house you’ll be able to visit in the whole city, another must, but only open on Saturdays. 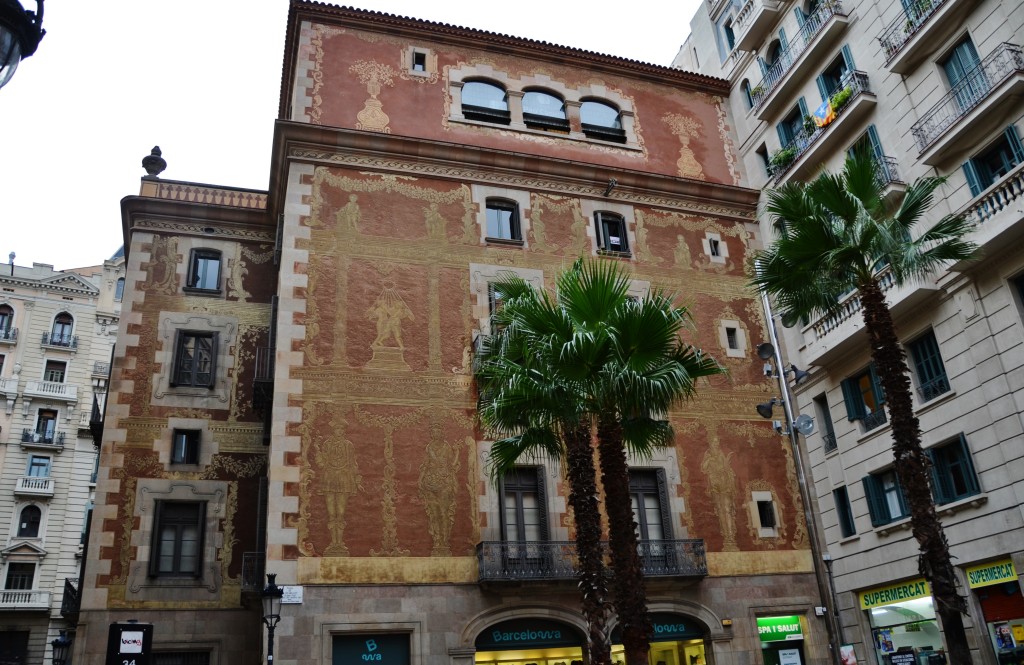 Then you will find, a bit further down towards the sea, what appeared to be a positive effect of the construction of this thoroughfare, the views of the Cathedral, the roman walls and the royal palaces on the right side. On the left side, you’ll find Santa Caterina, which is, in my opinion, a market much more attractive than la Boqueria. Santa Caterina is a mix of neo-classical and contemporary architecture. 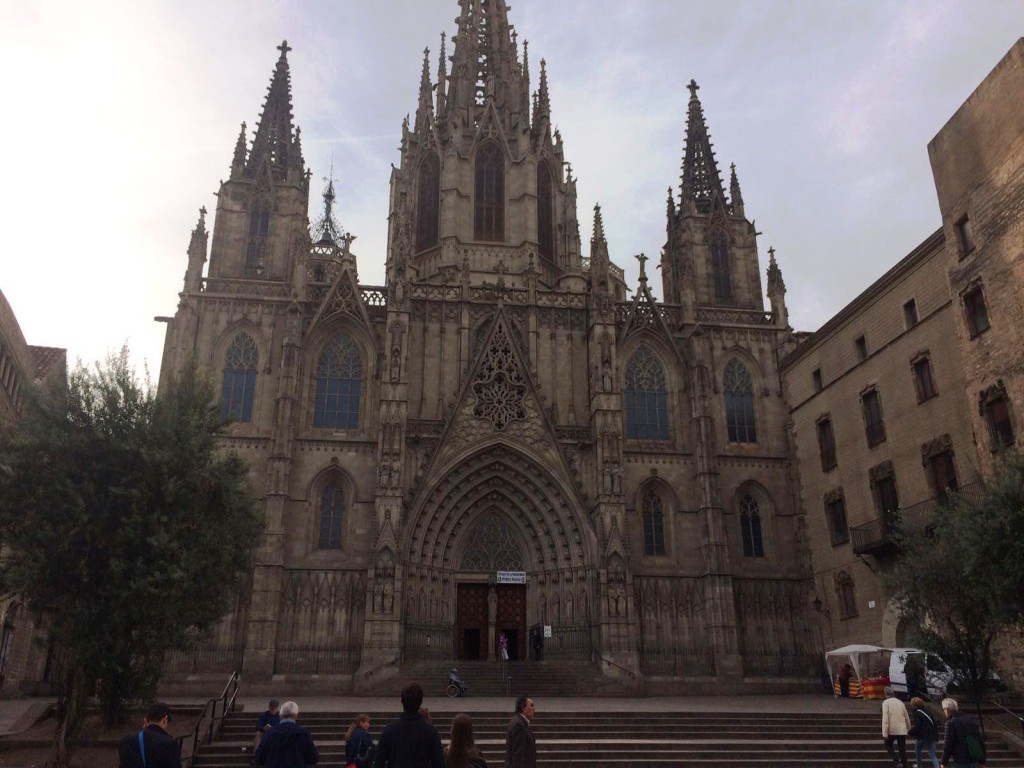 In Santa Caterina, I’d suggest to go to “Cuines Santa Caterina”, the restaurant that will allow you to be delighted by some of the finest cuisine from all over the planet, without losing the mediterranean touch and of course, all products are fresh from the market. 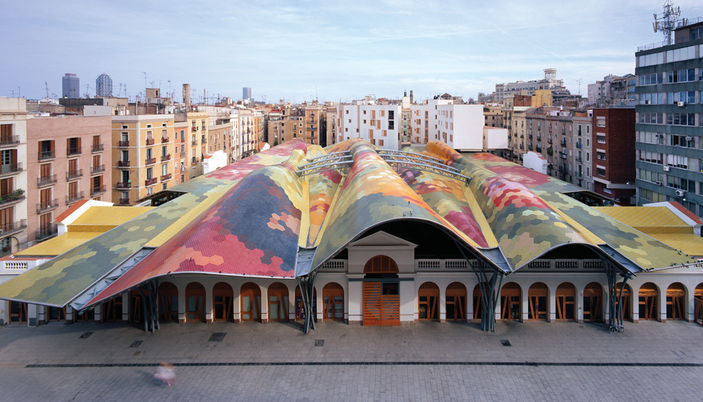 You can continue after that, and walk towards the end of the via Laietana, the buildings are mostly neo-classic, I’d suggest you to enter the “Correos” Postal service building, at the end of the avenue, which is amazingly well finished and kept. A true example of what an upgrade this street meant for many institutions. 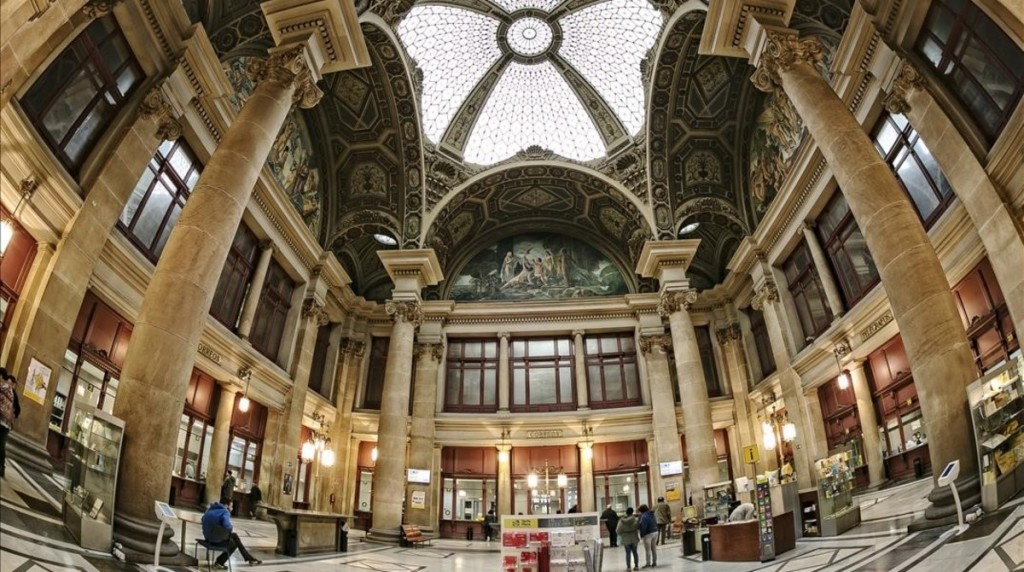 So, if you’re into Architecture, Urban Planning and History this is definitely your street! Let me know if this post was useful to you. Also, any kind of suggestion is welcome! 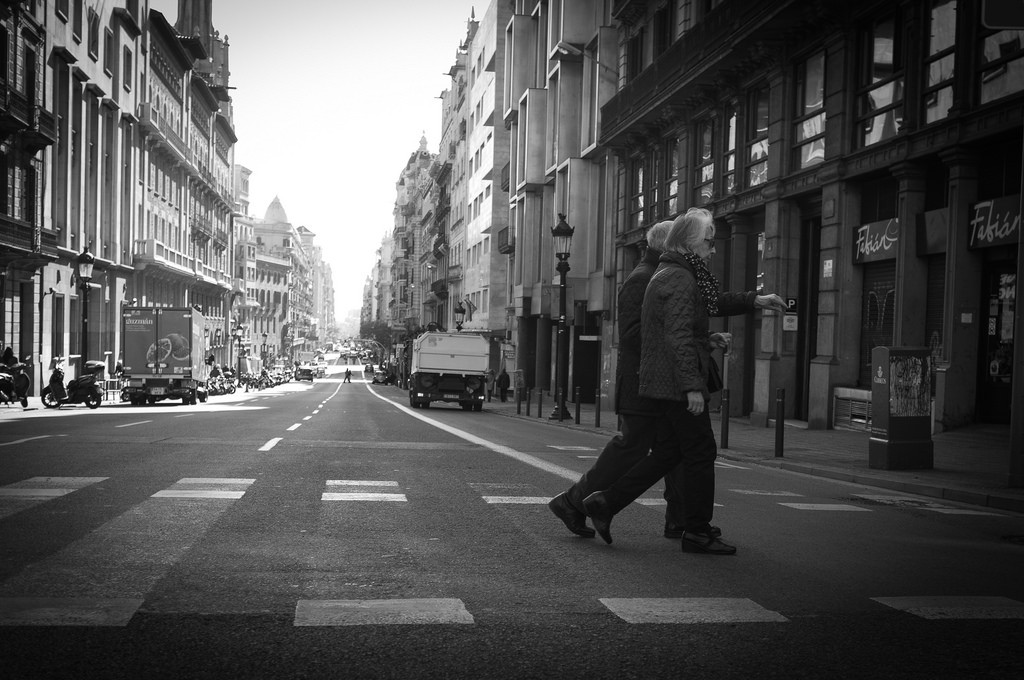 One comment on “Megaprojects in Barcelona: the Via Laietana”