If it’s your first time to Girona, you might wonder why there are so many souvenirs that resemble flies. There are chocolates, magnets and even stickers for cars.

What is it about flies that are so distinctive in Girona?

Girona and the flies of Sant Narcís

There are so many stories about fearful beasts, eagles and lions that defend fortresses, the Dragon of Saint George or even the famous Big Bad Wolf. So it’s a great surprise when you visit Girona, and find out that the local animal hero is simply a fly.

Pat the flies of Sant Narcís and ask for a miracle

It all comes down to the legend of Sant Narcís, patron saint of Girona.

Before we go to the legend, one must understand that Girona is in the north of Spain near the Pyrenees, a range of mountains that forms the border between Spain and France. And as any town near borders, it has been under siege time and again.

The siege related in this story was way back in 1286. The neighbouring French had broken into Girona and were pursuing the defenders, sacking churches and anything they could find along the narrow streets of this beautiful old town. And then, they made a terrible mistake, they entered the church of Sant Felix and tore open the tomb of Sant Narcís. Suddenly, a swarm of stinging flies emanated from the tomb, flew over the city walls and attacked every single French soldier. The panic overcame the enemy who fled in disarray, bringing peace back to the people of Girona. 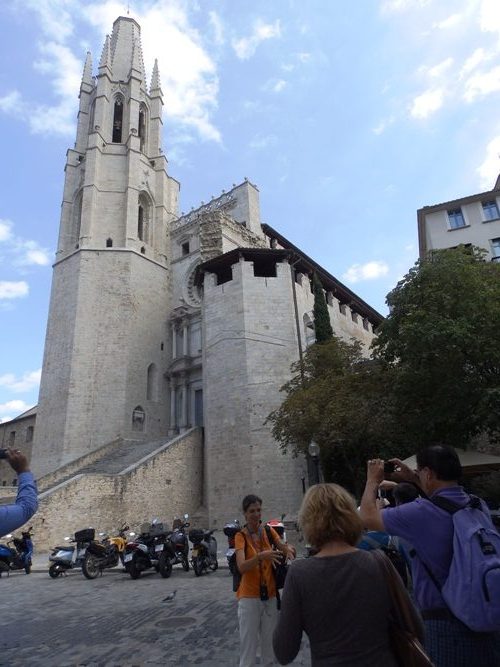 Church of Sant Felix, where you will find the tomb of Sant Narcís

Since then, Girona has kept Sant Narcís and his flies as an emblem of the town

In honour to the flies and Sant Narcís, that saved the town from the siege, the main festival in Girona are the Fires de Sant Narcís, around Saint Narcissus Day on October 29. It is said that on this date the flies are more persistent than any other time of the year and, after that, they disappear and you don’t see them again until the following year.

If you have the chance to visit Girona at the end of October or beginning of November, you will find the streets packed with stalls selling local designs and food. There are concerts and shows going on for 10 days, so it covers also the Castanyada (not Halloween), it is one of those places where local festivities are still strongly celebrated. 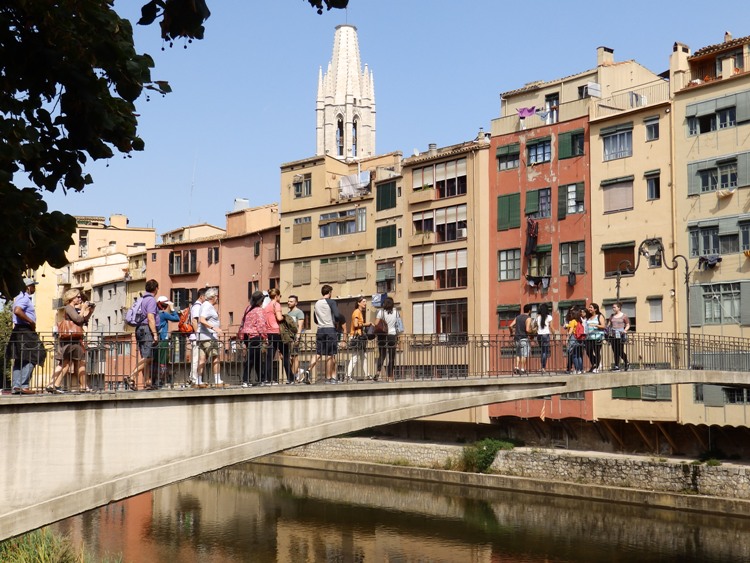 Girona is fiddled with legends, old and new. There is so much history on its stones that it starts to be blurry between where’s the truth and the myth. Even Game of Thrones chose the medieval town as the exteriors of Great Sept of Baelor in King’s Landing.

When you are there, be sure to find the lioness, right in front of the church of Sant Felix. It will be your insurance, kiss or touch the lioness’ but and you will be sure to return some day to Girona. 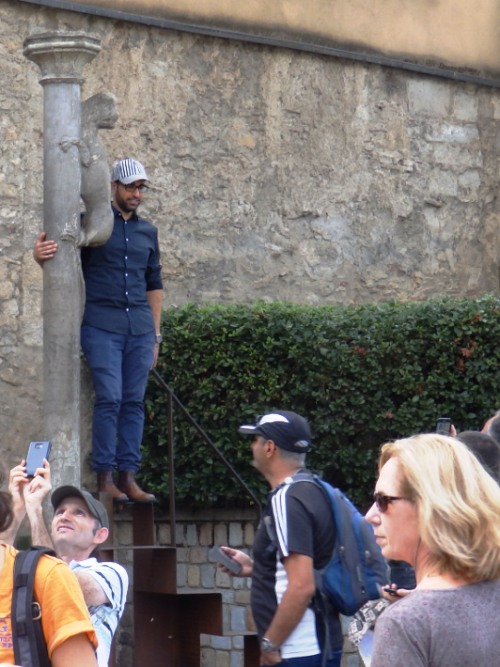 Do you dare to kiss the lioness’ but?

I would like to thank Clara Ferrer for her fabulous pictures of Girona during our tour, and Jessica who tells such extraordinary stories that all visitors fall in love with this marvelous city.

3 comments on “Girona and the fearful flies of Sant Narcís”