Did you know that chocolate has played an important role in the economic activity of Barcelona? Actually, the Catalan port was the starting point for the sale and distribution of the product all over Europe. So it’s not difficult to figure out that Barcelona was the first stop for America’s cocoa in the continent. And, obviously, this left a deep footprint on Barcelona’s traditional bakery.

The best example is what we know as the ‘Easter Mona’

You may think that it has something to do with monkeys. It doesn’t. Although ‘mona’ is the female of ‘monkey’, some experts point out that the word comes from the Greek munus, which means ‘gift’. Tasting the ‘Easter Mona’ symbolizes that Lent and its denials have reached to an end. 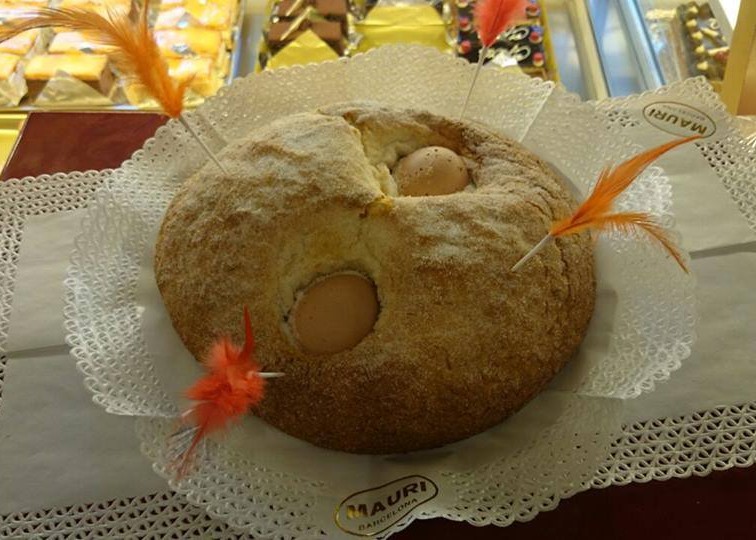 In its origins, it was a kind of sweet bread (similar to French brioche) that godparents gave as a present to their godchildren. It had a round shape and there were several hard-boiled eggs on top, up to thirteen, depending on how old the kid was. 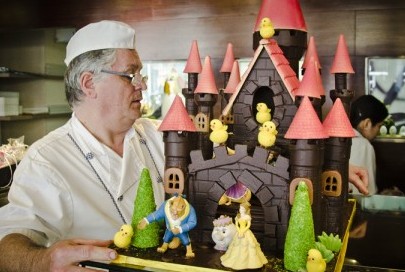 Over the years, the Easter Mona became a kind of cake with chocolate and/or cream on it. AND a very important detail: it had chocolate figures or little toys on top. The increasing eye-catching look made this new sweet more appealing to children, and they started to claim their own ‘Mona’ year after year. Who can blame them?

Recently the old cake, known as ‘Cristina’, has returned to the shops. But honestly, if you were seven years old, what would you choose? A sweet butter bread with boiled eggs on top or a cake with coloured feathers, cream and characters from Frozen, Marvel superheroes or FC Barcelona soccer players on it? I wouldn’t doubt it!

If you were seven years old, which Easter Mona would you choose? 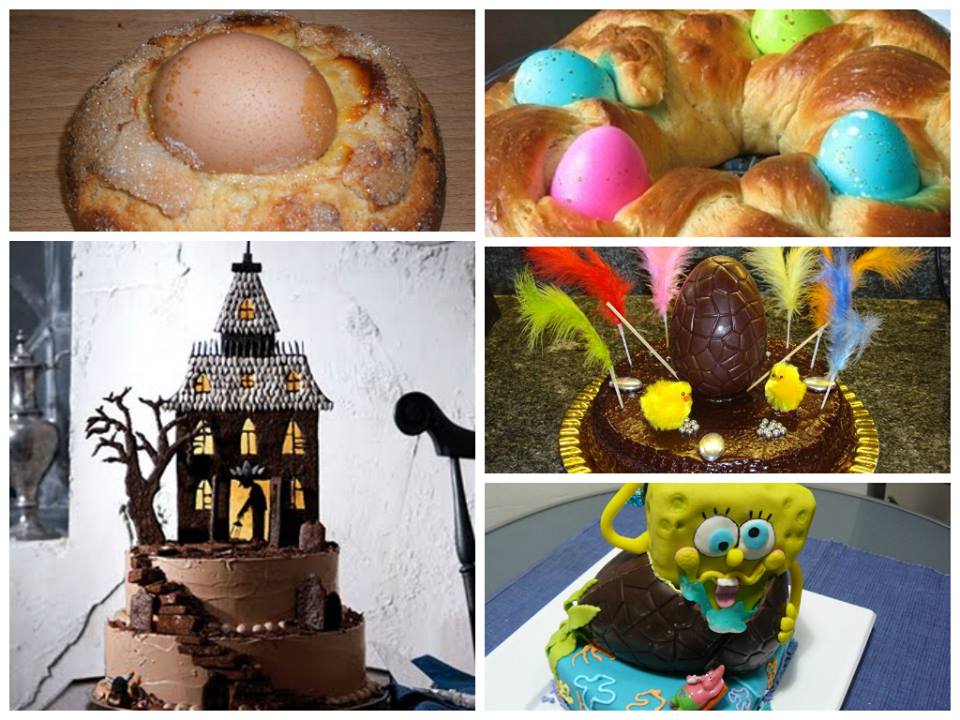 There are hundreds of different Easter Monas

Easter Mona is the ‘bestseller’ sweet of the year. Only in 2015, a total of 670.000 ‘monas’ were sold in Catalonia. But it is also an event to take part in and admire the creativity and skills of the confectioners who build up real pieces of art… made of chocolate. From a two-metre tall Eiffel Tower to a human-size Albert Einstein. Anything is possible. 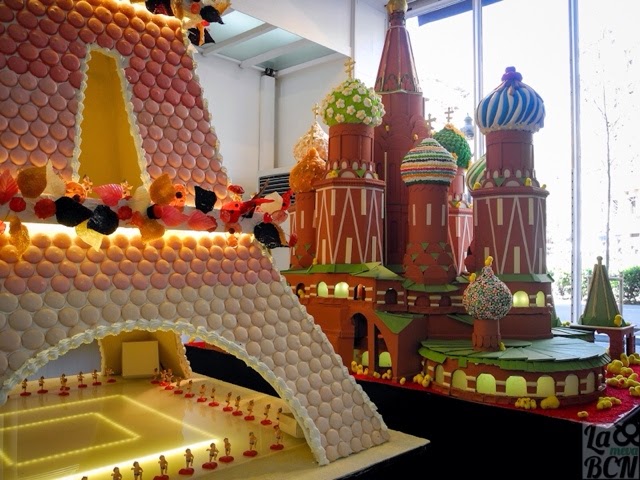 Anything is possible, the art of Chocolate – Easter Mona by Escriba

Join our Walking Tours to discover the best kept secrets of some of the fabulous confectioner shops in town… and also true chocolate temples!! There is Escribà located inthe heart of Las Ramblas and also in Gran Via, 546. A place where you can live Easter yourself just by looking at its decorated façade and rich-ornated windows.

With the purpose to spread chocolate culture and to bring back the habit of product-tasting for customers, Cacao Sampaka offers not only a wide range of cocoa types, but also some relaxing moments and a chance to have a chat with a cup of chocolate or a bunch of bonbons. Finally, if you want to experience a true feast of the senses, you have to go to Chök also known as the ‘Chocolate Kitchen’.

Do not hesitate and check www.BarcelonaGuideBureau.com site for more information. A delicious trip is waiting out there.

2 comments on “Art made of Chocolate: The ‘Easter Mona’”