This is what Kilian Jornat says, Catalan ski mountaineer and long-distance runner. So considering that next March 13 is the Marathon and thousands of people will be running in Barcelona, I’ve asked Mariona, one of our guides and an experienced runner, to recommend me some routes to do in the city. 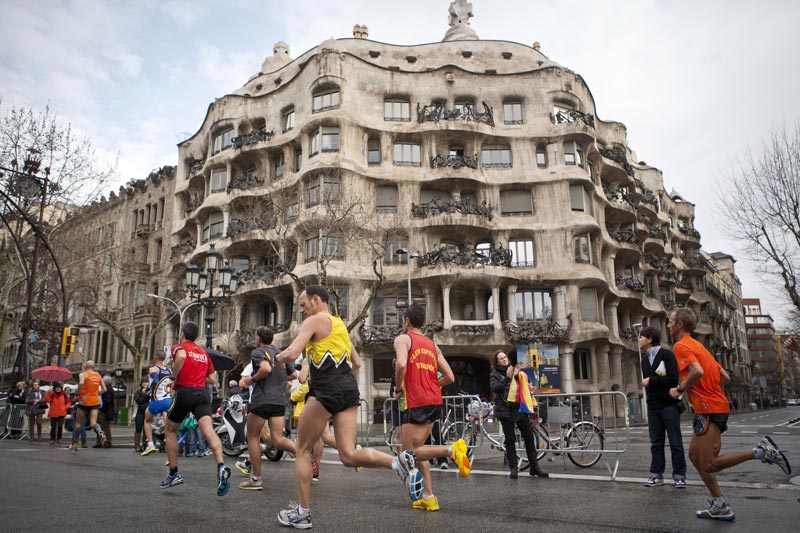 Running the Marathon by la Pedrera

Mariona says that you really can run in every corner of the city. But there are some areas that are preferred by runners. With a big smile on her face she tells me that she loves running in Barcelona as it is a great and continuous running track: from some parks like the Ciutadella to big avenues like Diagonal, the waterfront or the Rambla of Poblenou.

What is clear is that everyone has its own preferences so check out Mariona’s favorite running routes: 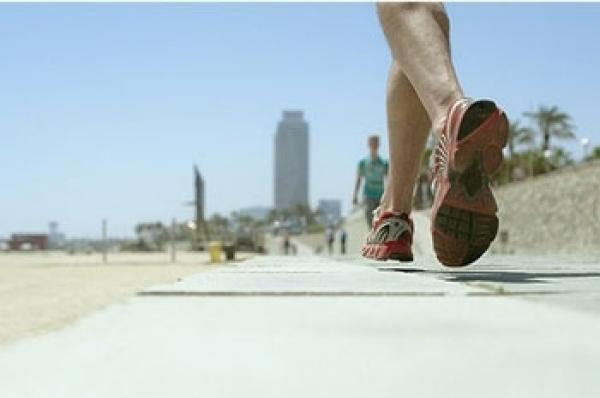 Running along the waterfront

Enjoy the fresh Mediterranean air, the sun and the sea, while you practice your favorite sport. From Hotel W to the Forum Park and back you have 10 km of wide sidewalks and promenades. You will probably find the largest number of runners per square meter in Barcelona at any hour of the day. At the Port Olimpic don’t forget to turn your head toward the city: the view you will have of Sagrada Familia is breathtaking.

Diagonal Avenue is one of the longest streets of Barcelona and has wide and tree-lined sidewalks, very fit for running. 11 km from end to end, that will allow you to pass by some of the most beautiful buildings of the city: La Casa de les Punxes, Casa Barò de Quadres, Casa Comalat, Palacio de Pedralbes, Torre Agbar, Parque Cervantes, Banc Sabadell-Atlantic, Circulo Ecuestre … You can run at any time you want but we would recommend you to do it first hour of the morning or of the evening: tranquility and a great runner atmosphere. 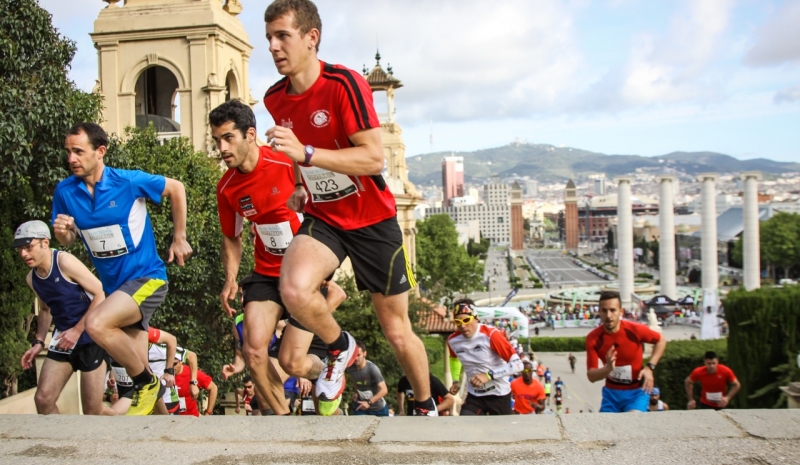 It is one of the most centric parts of Barcelona to practice running. It’s paradise for a runner: ups and downs, peaceful and clear areas to do stretching exercises. Starting in the Serrahima Stadium you get to Miramar, passing by the Olympic Stadium and Palau Sant Jordi. You’ll find many water fountains and many other runners that will keep you company. If you continue up to the Castle, you will find a 1.5 km circuit surrounded by pine trees. There are paths where runners can train interval workouts in a marked circuit. Perfect for a tough training and probably the best views of the city. 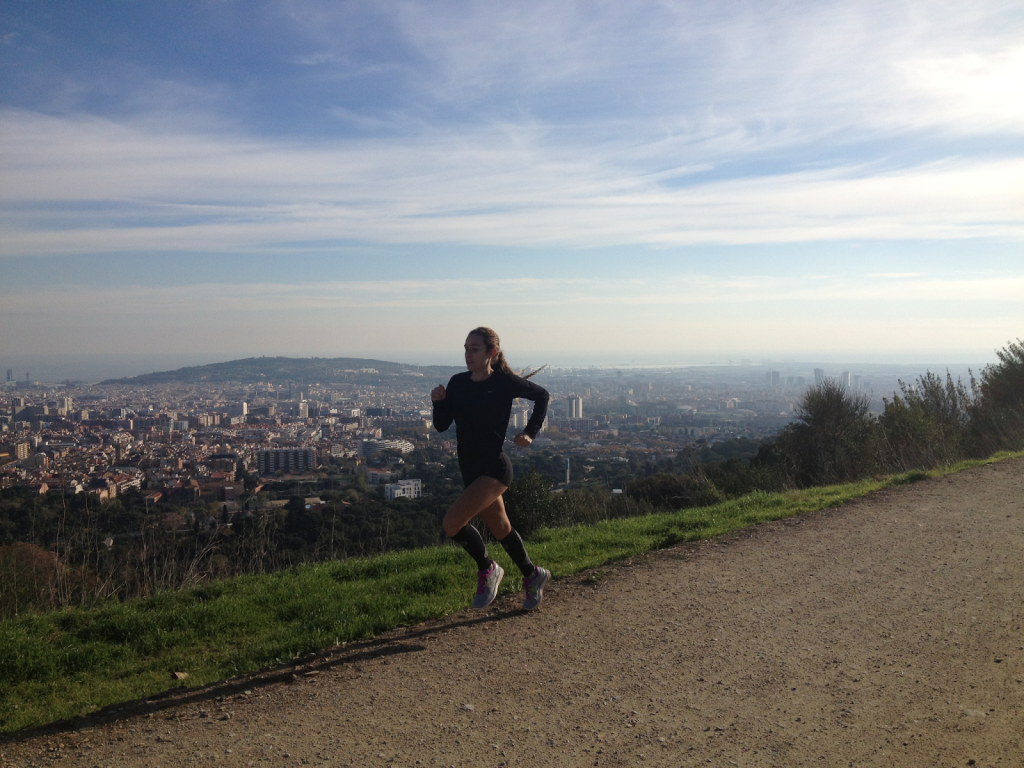 ere is where most locals run and train. A dirt path, with a firm and almost flat floor, 9 km long, that adapts to your personal physical condition. You will also find here marked tracks where you can train interval workouts. Running along this promenade under the trees and with the city at your feet is a luxury that you can only enjoy at Barcelona. You can go there at any time but at sunset is when you best savor the silence, the fragrances of the trees and, if you are lucky, even the company of wild boars. It is the perfect place to train for the next city’s Marathon.

The Heart of Poblenou

If you want to discover a different Barcelona, this is the place you have to take your feet too. You can start this route at the Agbar Tower – the newest city’s icon – and explore one of those strolls that only the neighbors of this Quarter know. Poblenou hides thousands of things to see: from high technology at the 22@ district to art in the Vila Casas Foundation. Art Noveau buildings as the Fàbrica del Sol together with MediaTic – the building that converts Barcelona into a “smart city”. If it’s a sunny day, take advantage of the shade of the trees of the Rambla del Poblenou and end your running day with a cold beer at any of its terraces.

Where do you like to go running in Barcelona?

If you are going to participate in the next Marathon on March 13, Barcelona Guide Bureau offers a special discount so you can enjoy of the city in total comfort. Contact us or check www.barcelonaguidebureau.com for more information.

5 comments on “5 Recommendations for Running in Barcelona”