Are you spending Christmas in Barcelona?

Well, don’t panic if you don’t see the flakes falling from the sky or the kids making snowmen: it rarely snows.

Barcelona offers much more Christmas romance than many would imagine, you’ll find plenty of things to see and experience. Of course there’s the fantastic decorations, which include towering fir trees in Plaça de Sant Jaume and Portal de l’Angel and spectacular lights on nearly every main street… although the best are usually reserved for La Rambla.

Things you will only see in Barcelona

The Tió de Nadal (Christmas log in Catalan) or more commonly known as the Caga Tió (sh*tting log!) is just one of the region’s scatological oddities which is destined to amuse visitors for as long as the tradition survives. We feed it for days and, when it is ready, we sing to it and hit it with a stick so it gives (or craps) some presents.

>> Where can you see it? Each family has it’s own Tió at home, but you will also find a giant Tió de Nadal in Plaça Nova just by the main Santa Llúcia market 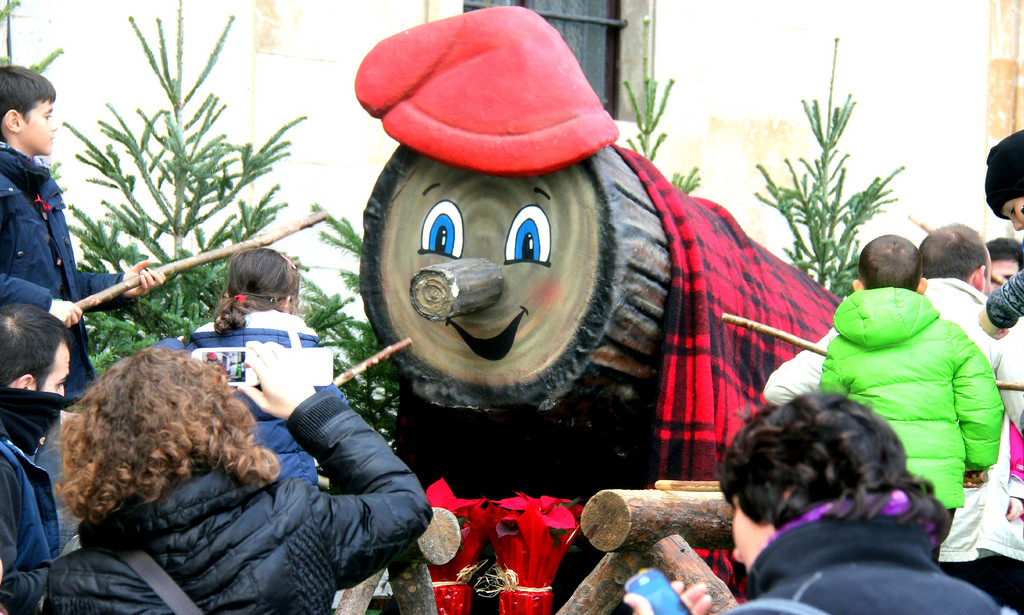 The Caganer is a feature of the nativity scene that you only see in Catalunya. It is a figure of a man wearing traditional Catalan clothes, he is squatting with his trousers around his ankles and pooing! This may seem strange, but it is a custom from the 18th Century. His poo is seen as a sign of good luck as it fertilizes the earth and ensures a good harvest for the coming year. It also gives a touch of reality and a spark of humor to the crib.

>> Where can you find it? It is normally hidden behind a tree in the nativity scene. You can find many in the christmas markets, nowadays all famous characters have their own representation of a Caganer, you can see some examples here. 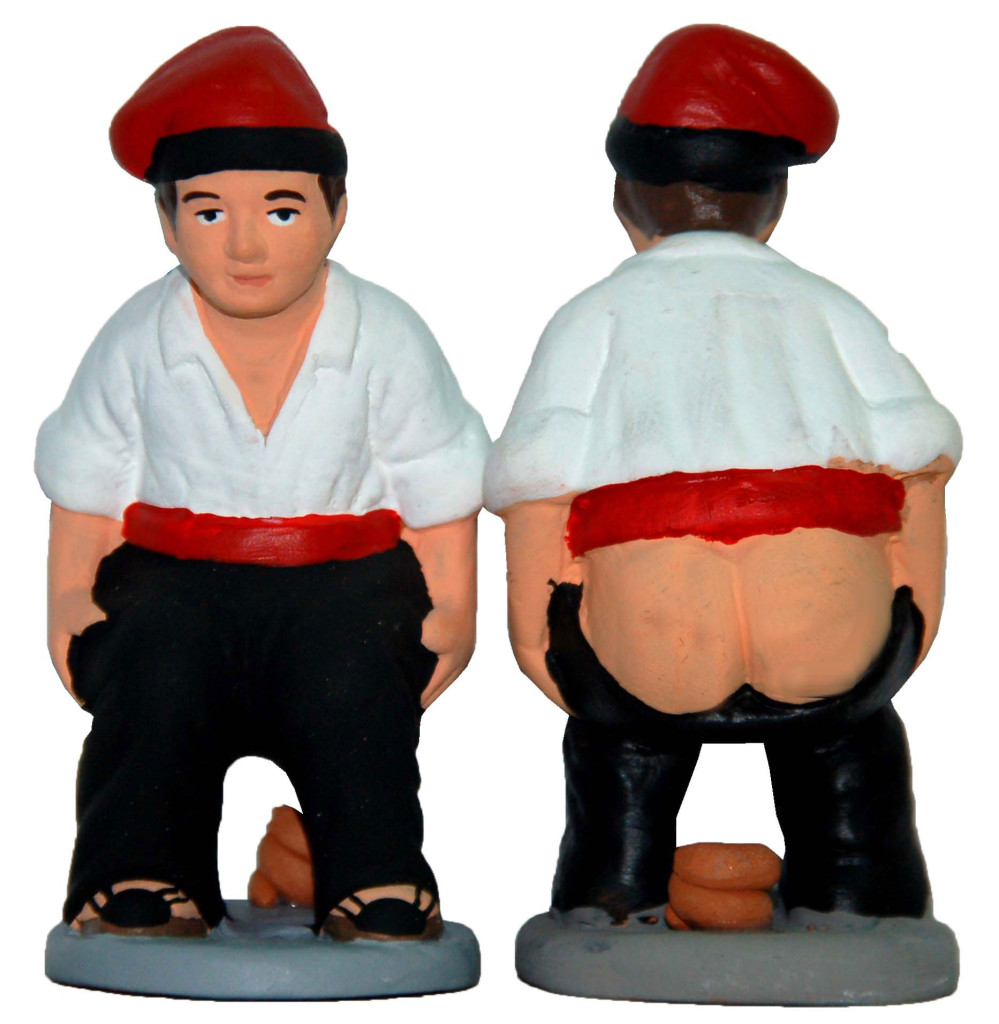 A Christmas Crib figure you will only find in Catalonia: the Caganer

The pessebre is the Catalan name for the Christmas crib or nativity scene.  The official Barcelona outdoor pessebre is on Plaça Sant Jaume in the Gothic quarter of Barcelona. It is open from Friday 27th November to Wednesday 6th January from 10:00 to 22:00 daily.

>> This is the challenge: Try to find where “el caganer” hides in the nativity scene! 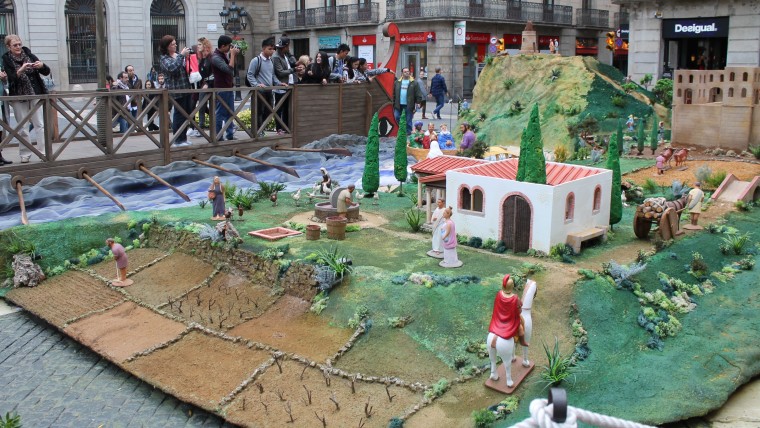 Fira de Santa Llúcia Christmas market is the oldest and largest market in the city. 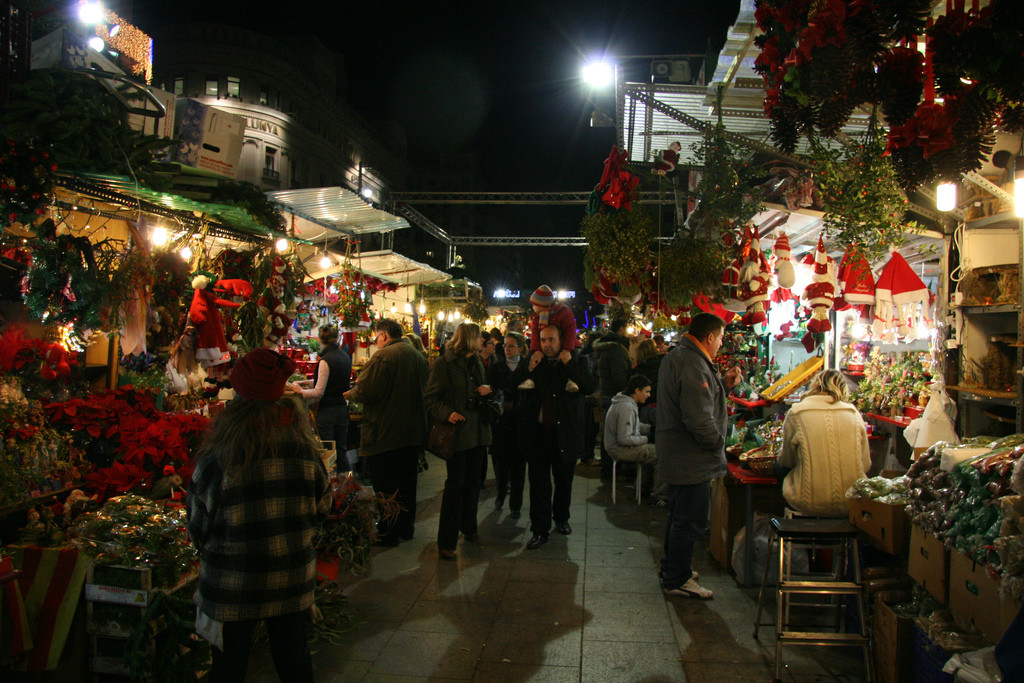 In Sagrada Familia Christmas Market you’ll find everything you need to decorate your Christmas tree. 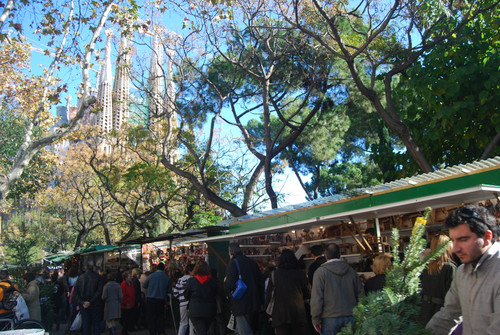 This is our version of April Fool’s Day. Suspect about anything the media says as there is always a fake story and look behind you, someone might stick a human-shaped piece of newspaper on your back!

You can attend midnight mass on Christmas eve at many churches in Barcelona. One of the nicest basilicas is the gothic Santa Maria del Mar church where you can hear the 5 minute “El cant de la Sibil·la” just before midnight.

The 5th January is the Night of the Three Kings – the 3 Wise Men. Instead of Father Christmas coming down the chimney, it is the 3 Wise Men on their camels that leave their gifts to children on the night between 5-6 January. But beware to be good! If not you will get a lump of coal instead of gifts.

Find out about the 3 Kings and all the activities organised in Barcelona here.

Have you seen him? The challenge is to find a man that has as many noses as there are days left in the year. This Catalan mythological creature roams the streets on 31 December, but of course, it’s the last day of the year, so he only has one! New Years Eve is Sant Silvestre Day, which gives the name to a popular 10 km Sant Silvestre run in Barcelona, also known as the “Race of the Noses“.

>> Where can you find the ‘Home dels Nassos’? At noon there is a children’s party on Passeig de Gracia called Festa infantil de l’home dels nassos. 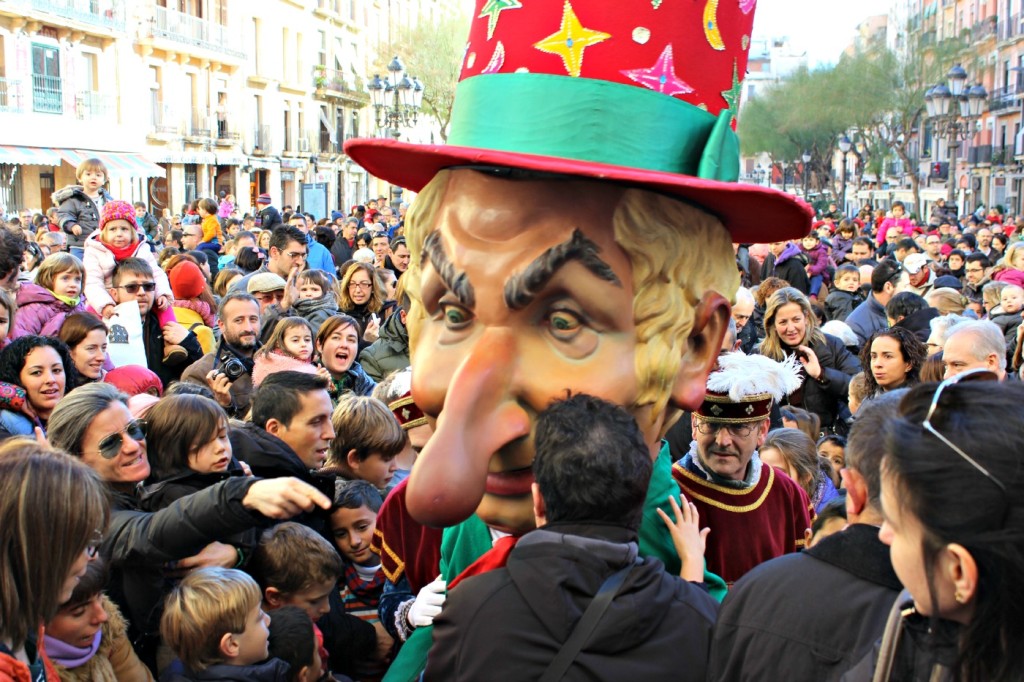 What happens in Spain when the bell chimes for New Year? For good luck we eat twelve grapes, one for each strike of the bell counting down to the new year. Then you toast the new year with some Cava, method champenoise wine.

>> Where to go: All bars, restaurants and clubs celebrate New Year’s Eve. If you don’t mind the cold, the most spectacular is outside, at the Magic Fountain of Montjuic, which ends with a pyrotechnical display. Don’t forget to bring your grapes! 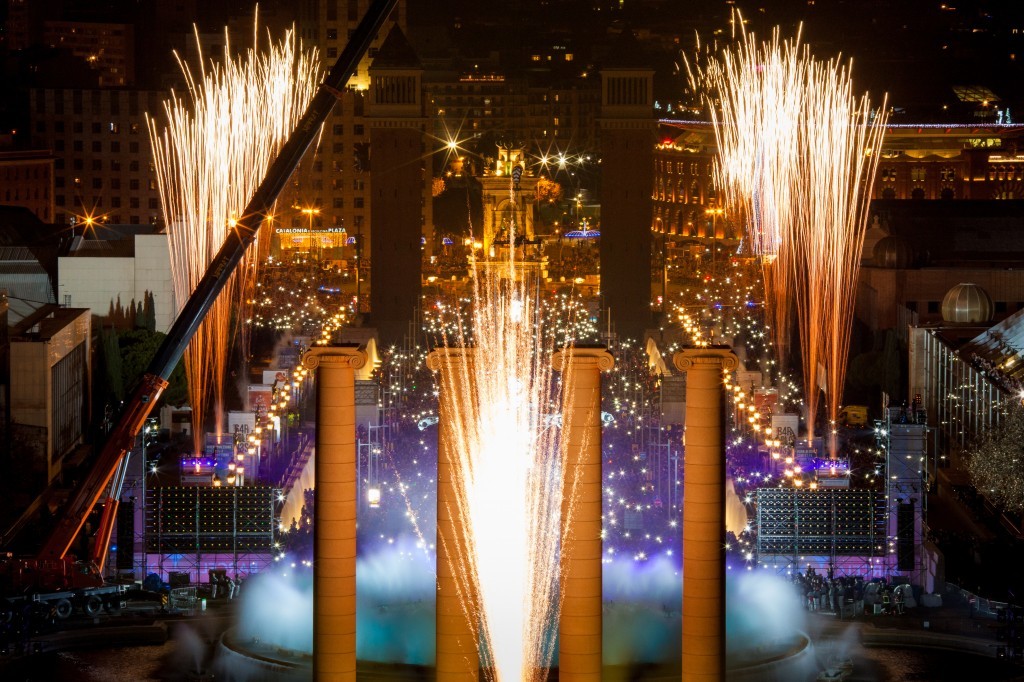 And, how else do we spend our Christmas in Barcelona?

6 comments on “10 Best Christmas things to do in Barcelona”