It’s time to discover more about the history of our beautiful city and its monuments! Hidden in the heart of the Gothic Quarter there is a jewel still unknown for many: La Casa de la Seda (the House of Silk).

La Casa de la Seda was built between 1758 and 1763 by Joan Garrido Bertràn and it was declared Monument of National Interest since 1919. It is considered one of the few baroque buildings next to the Palau de la Música Catalana.

About 10 years ago they carried out the restoration of both the facade and interior of the house, where we find, for example, walls lined with precious silk, historical documents and furniture of the seventeenth century. It is located on the main floor of la Casa dels Velers (House of the veil makers) current headquarters of Col·legi d’Art Major de la Seda  (the Art of Silk Association). 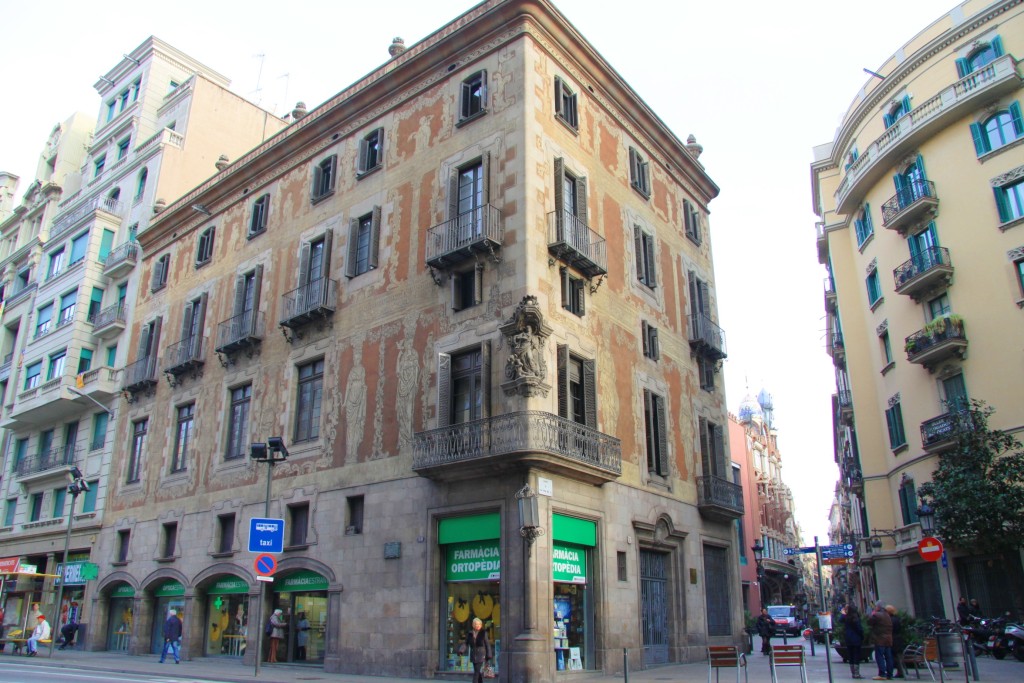 You can find a very peculiar decoration of the facade with sgraffito,  many have described it as one of the most beautiful technique in Barcelona. We should also emphacize the Baroque inspired moldings that cover the windows and balconies.

On the balcony of the corner we can see Our Lady of the Angels, patroness and protector of sailboats. At her feet, angels are located in a crescent shape. It is a typical baroque composition with a strong concept of movement. The work was made by Joan Enrich in 1760.

The different rooms inside the House of Silk host many pieces of fine woodwork, silk-lined walls and other decorative elements topping the style, luxury and distinction that characterize them.

Relevant objects are also kept in other rooms, like an eighteenth century ivory Christ in the presidential office or a bookcase decorated with floral and religious paintings of the Brotherhood of the Masters of Sails from 1683. 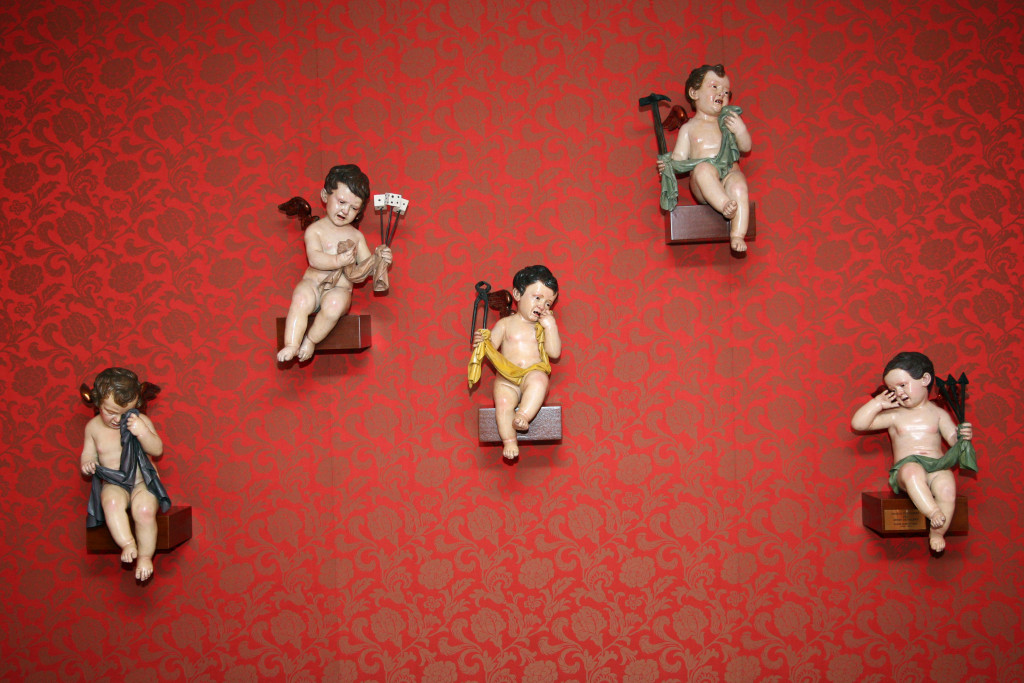 Where does la Casa de la Seda come from?

Silk was a fabric that only a few could afford. Since its inception two thousand years ago in China, silk was well-connected to the high aristocracy.

Catalonia has a history closely linked to textile production. During the industrial revolution early 1900s, the cotton and woolen mills proliferated throughout the country. But the guild of silk actually goes way back to the 15th century, when veil makers took on some religious, political and social influence.

There were 7 guilds related with the production of silk, they dreamed about having their own headquarters which would help to maintain social relevance. They used to be only the economically strong unions which from the fourteenth century began to homeownership. The guild of hatters was always the most prosperous silk but never wanted their aspirations thwarted by not being able to afford its own building to meet.

At first it seemed that the guilds came together and celebrated sessions in churches where their employer or patron was. Initially the union of veil makers chose the Church of Santa Ana in Barcelona, ​​and early in the seventeenth century they moved to the Monastery of Santa Caterina.

In 1632, finally, El Col·legi d’Art Major de la Seda (the College of Mayor Art Silk of Barcelona) gathered much of their capital to acquire a set of three ruined houses that offered enough space for their meetings. Finally, on January 20th 1764, inaugurated the corporate headquarters located in the street Sant Pere Mes Alt, number 1. 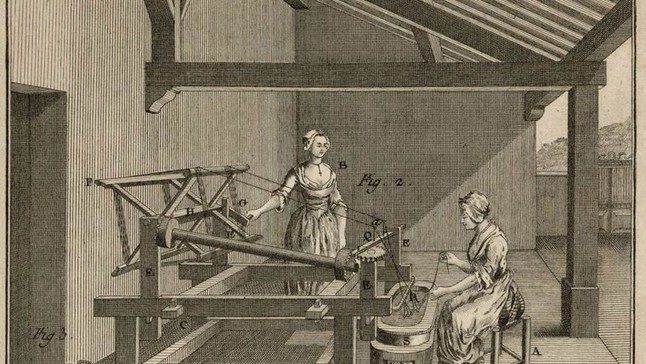 Did you know that La Casa de la Seda will be open to the public in April?

From April this year (2016) la Casa de la Seda will open its doors with regular visits every morning from Monday to Saturday. It is also a great place for holding all kinds of events: corporate, press conferences, gala dinners, fashion shows, film shoots, photo shoots, etc. For more information check out their website.

So if you are coming to Barcelona soon we propose to enjoy the interior of this hidden gem, you won’t regret it! And don’t forget to tell us about your experience! 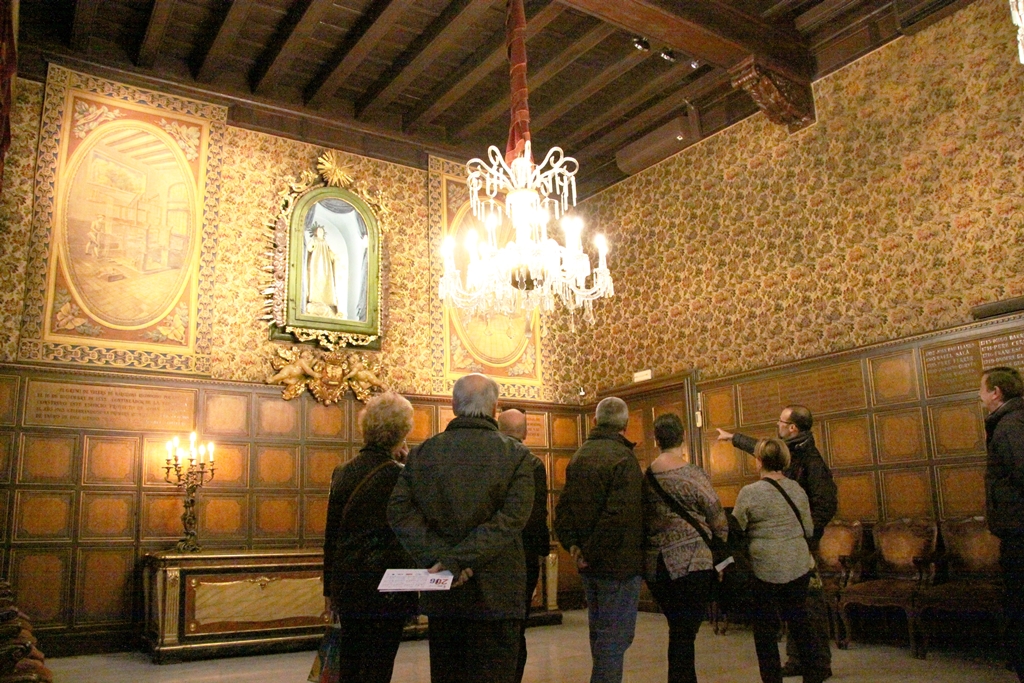