I always wanted to feel like a tourist in my own city for one day, and I thought that joining a walking tour would be a great idea. Plus, I had never visited the Picasso Museum (shame on me!) and the Gothic Quarter is one of my favourite places of the city.

So, there I was, on a Wednesday morning in Plaça de Catalunya the meeting point. It was 26 degrees Celsius, cloudy and a light breeze blowing. It was almost drizzling (which is hard to believe in July). Artur, our guide, was there waiting for us with a pleasant smile. I realised that there was quite an extensive range of ages in our group: from two to eighty years old. The reason was that, except me, the other members of the group –ten adults and three kids-, were families. There were actually three families: from Hong Kong, Saudi Arabia and Egypt, so they had made a quite long trip to know my city, which made me feel a little bit proud.

Thinking of the age range I realised that the duration of the tour (90 minutes) and the walking distance (about 2.2 kilometres or 1.33 miles altogether, with several stops) makes the tour very pleasant, with no chances to get tired or bored. 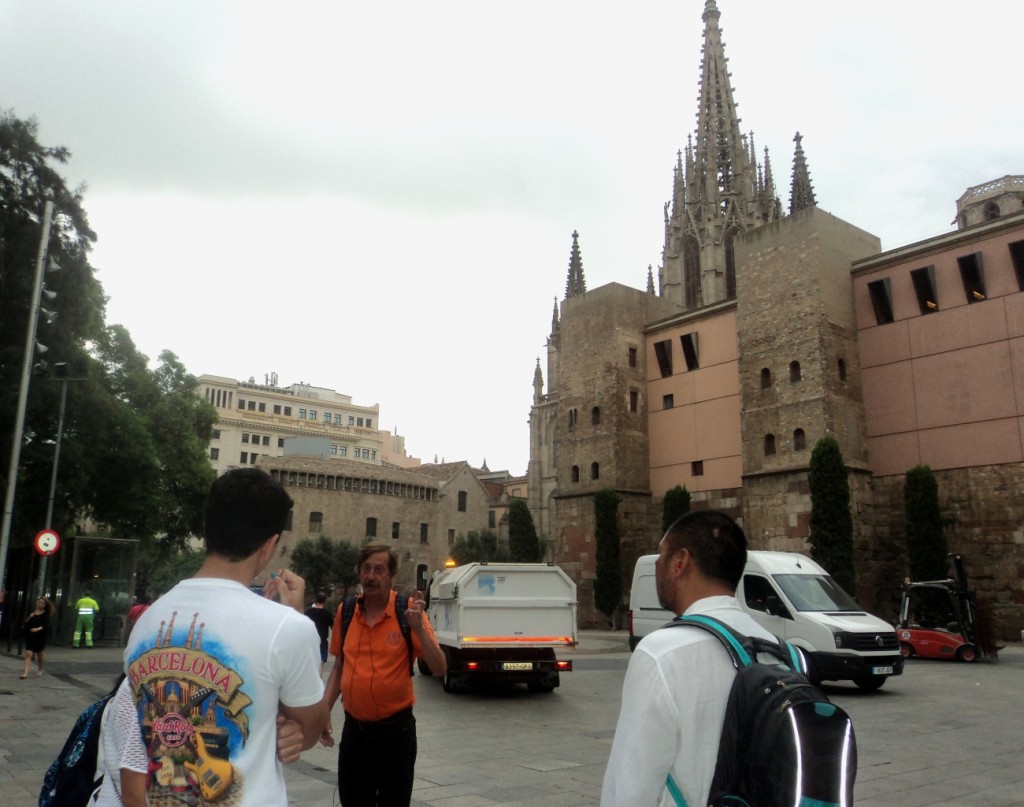 After the introductions, Artur started to give us the first insight of Barcelona: The capital of Catalonia, with over 2000 years of history and an amazing cultural heritage result of the presence of the Greeks, Romans and Iberians, among others. He also started to talk about the ‘Modernisme‘ movement, also known worldwide as ‘Art Noveau’. And, of course, he talked about the subject of our tour: the genius Pablo Picasso (1881-1973).

“So let’s go! Follow me!”, said Artur energetically. And so we did, going down Portal de l’Angel heading to the Cathedral. Once we were there, he asked us to turn around and, in front us, there was the giant mural that Picasso designed for the School of Architecture. A piece of art that you can admire without paying a cent. 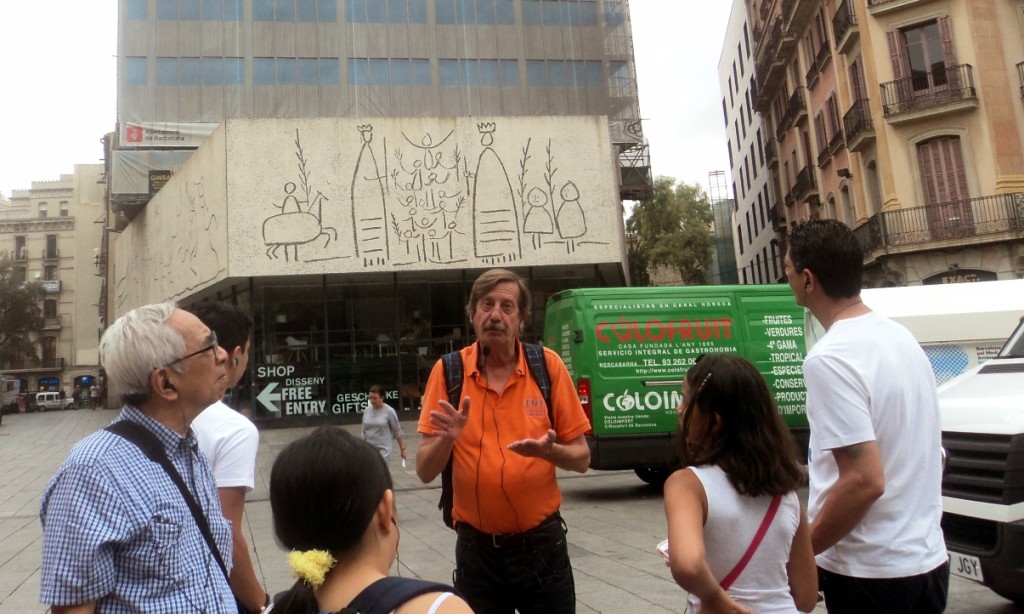 Our tickets for the Picasso Museum are included in the tour fare. But the best is that you skip the long queue that you’ll probably find if you go on your own. The fact that you arrive quite early (around 10 o’clock in the morning) also means that you can see the hundreds of drawings and paintings comfortably without pushing and shoving. 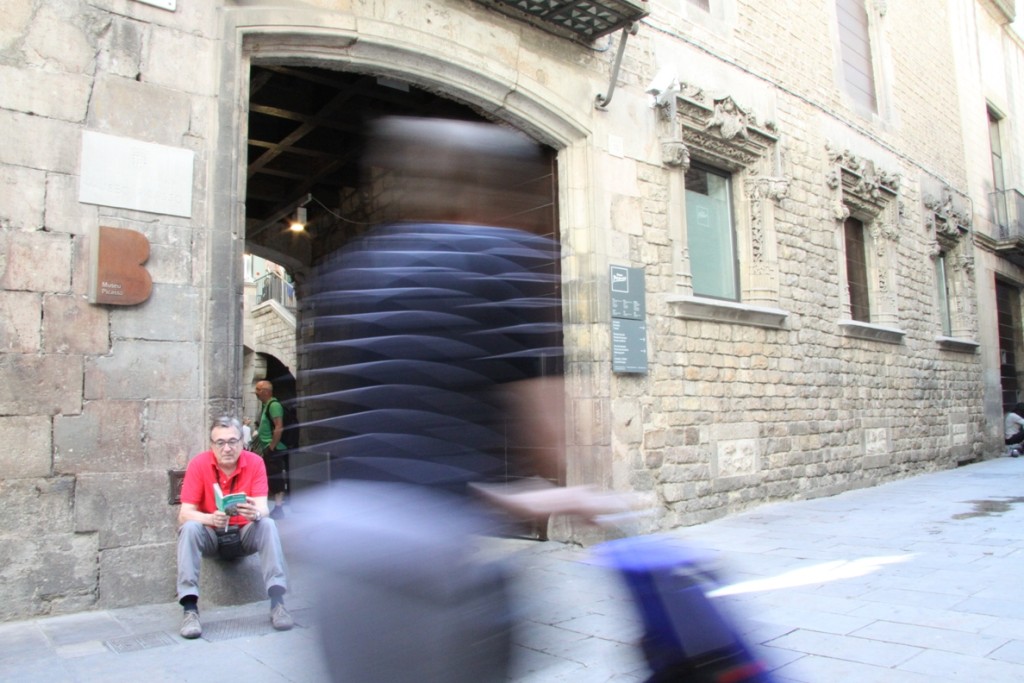 There wasn’t any chance to miss any of the explanations that Artur was giving. Starting the tour they give you headsets and a receptor. With this radio-guide whisper system you can listen perfectly what the guide is saying even if you are a few metres away. 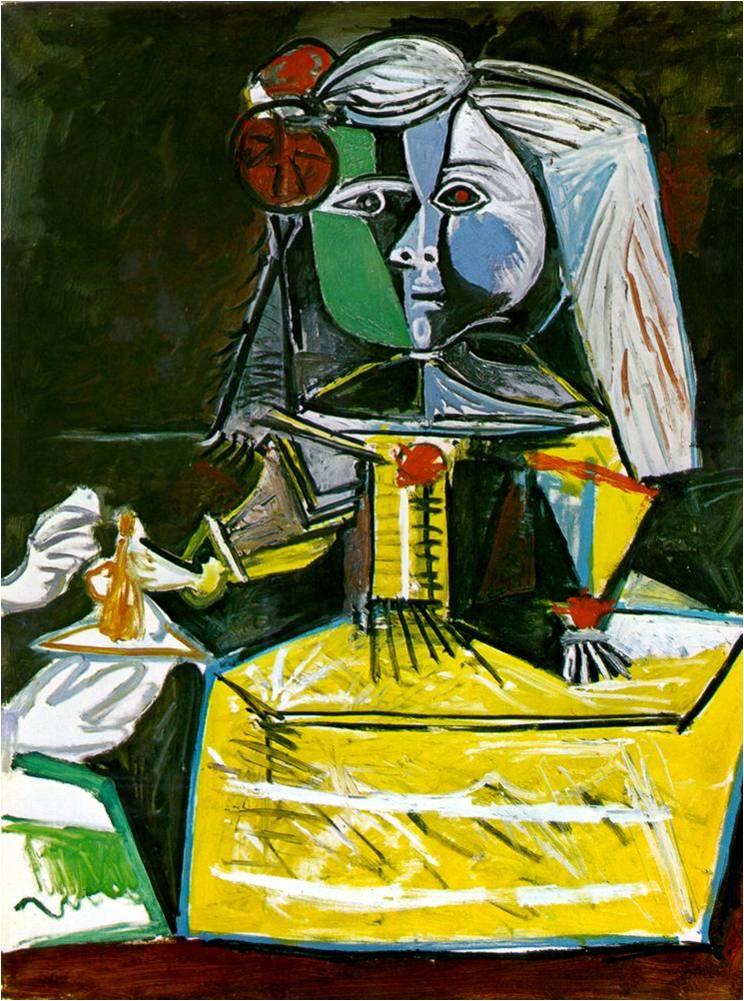 Las Meninas by Pablo Picasso – an absolute must

Artur is a great communicator, he had the knowledge and skills to keep your attention and he had an answer for every query we asked. All of them. So our 50 minutes stay in Picasso Museum passed so fast.

The Museum is key to understand the development from a young Pablo Ruiz Picasso (who preferred to draw beautiful pictures in his maths book rather than listen to the teacher during classes) into a genius from 1887 to 1901. The start of the Blue Period, his passion towards ceramics, the series of Las Meninas (1957) and a comprehensive print collection.

About 4,200 pieces of art housed in five medieval palaces in the heart of Barcelona at the expressed wish of the artist. 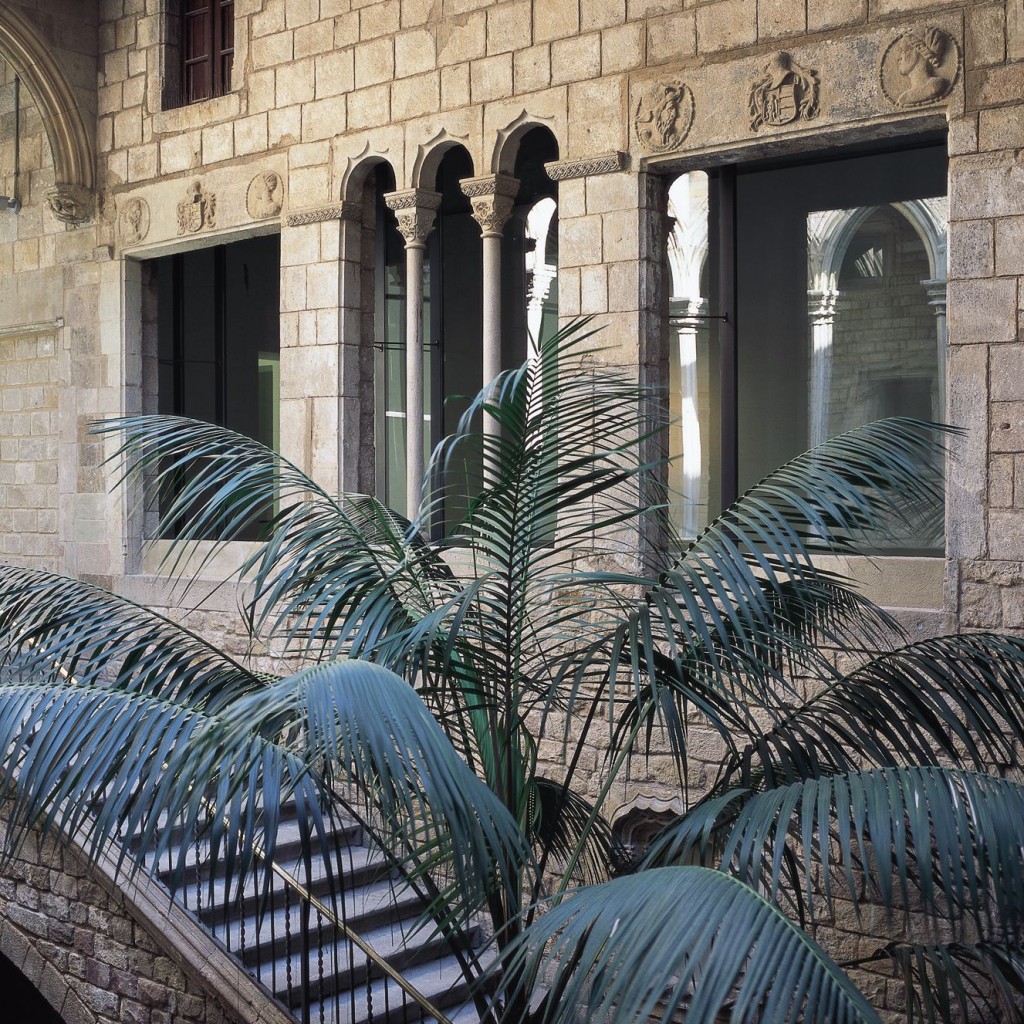 So after diving in Picasso’s world, the chance to end our tour walking around the Gothic area was very welcomed. Shops and cafés were already opening so there weren’t many people inside.

Even Artur suggested a few places where we could enjoy a nice Catalan-menu or buy some artisan bread.

I never get bored of the Gothic Quarter’s. I can come back again and again and find something new in its hidden-charming corners between the ancient narrow streets. And so it happened during the walking tour, which made a stop (at the very end of the itinerary) at Santa Caterina’s Market. Trust me: if you fancy to visit a fresh-food market but you want to avoid the too well-known (and unfortunately packed) La Boqueria, Santa Caterina is your place. 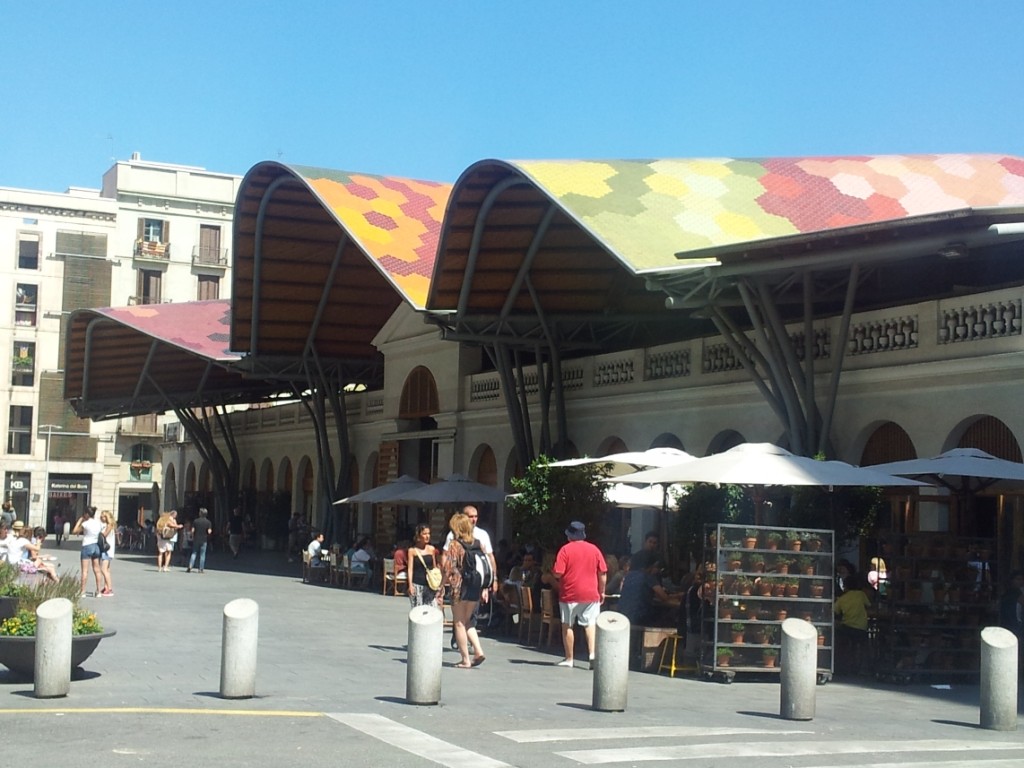 The tour reached to the end and it was time to say goodbye. The final point: plaça de Sant Jaume, the “institutional” square with the City Hall facing the Palau de la Generalitat, the seat of the Autonomous Catalan Government.

Once I heard that the best way to capture the essence of a place is to take a calm stroll there. For me, there is no doubt that joining one of the Barcelona Guide Bureau tours is a great way. Trust me. I’m from Barcelona!