After 8 pm discover another Barcelona – night at the city

Barcelona by night can be as interesting as by day. So after a busy morning visiting the Sagrada Familia or the Picasso Museum, save some energy and pick one of the 5 proposals we offer you. But remember that when we Barcelonian’s talk about night we really mean night. Bars & restaurants are busiest around 10pm and most clubs do not warm up until 2am. If you are heading out, expect to be late returning to bed.

Barcelona is very well known for art, culture, Gaudí, but what many people do not know is that it is also the city where you will find some of the best Daiquiris in the world. 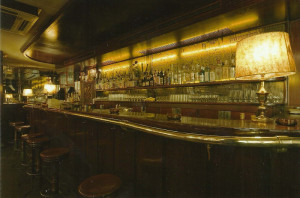 It will be difficult to see Boadas empty

Places like Gimlet, Dry Martini or Torre Rosa are cathedrals for the people that like to enjoy a good cocktail or long drinks in town. But one shines above all: Boada’s Cocktail bar. It is a favorite of locals and visitors and is ideally located at the top of La Rambla. The bar established in 1933 by Miquel Boada, who learned his art at La Floridita in La Habana. It is a great place to head for a pre-dinner drink.  The quality of the drinks, its cozy atmosphere and the professionalism of the bartenders will keep you coming back for more.

Did you know that Boqueria Market receives over 2.500.000 visitors every year? (the same level as Picasso’s Museum by the way). This is perfectly understandable when you get to see that Barcelona’s experience and potential to make food and cuisine – along with Gaudi, its Gothic heritage or Modernisme (Art Noveau) have become one of the drivers of Barcelona’s economy. 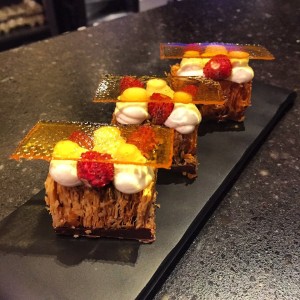 There are around 10.000 or so licensed eateries (paradise for foodies!), so the variety of options in Barcelona is huge. From Tickets – the new project of the Adria Brothers – to the 7 Portes – one of the best places to eat an excellent Paella and active since 1836.
And, what can I tell you that you don’t know about tapas? Tapa, Miniature cooking as Ferran Adrià has sometimes called them, can be found and savored in many places along the city. Check Taller de Tapas in the Gothic Quarter or Caballa Canalla the up-to-the-minute new place at the Barceloneta or Paco Meralgo just in the middle of the Eixample.

El Gran Teatre del Liceo is Barcelona’s opera house and was founded on the Rambla in 1847 where it has continued over the years. It is the largest opera house after the Paris Opera House, and one of the symbols of the city. The Gran Teatre del Liceu has suffered two fires and a bombing in its lifetime.
Guided tours during the day are available for those wishing to sample how the first opera house in Europe to play Wagner’s Parsifal after Bayreuth, looks.
However the real delight comes when you witness a performance. Take a seat among the splendor and savor the atmosphere as you enjoy some of the finest operas in the world. Montserrat Caballé, Josep Carreras or Victoria de los Angeles have taken their first steps in this theater.

The Magic Fountain is the main feature of the collection of waterfalls and ponds which stretch from Plaza España to the MNAC in Montjuic Mountain. Can you believe that more that 2.500 liters of water per second are pumped through this great fountain? 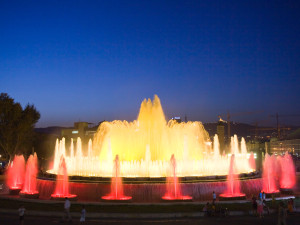 The Magic Fountain was built for the 1929 World Fair by architect Cales Buïgas. In those days, using extremely artisan methods, up to 30 water arrangements could be used with different colors. In the 80s music was added, and shortly before the 1992 Olympic Games it was completely renovated. Despite this, the fountain still has a large part of the original mechanisms.

Ask any Catalonian what their true passion is and you are more than likely to receive the same response: FC Barcelona.
The current European Champion team plays at Camp Nou, one of the most impressive stadiums in the world with a seating capacity of almost 100.000 persons. While a day visit to the stadium is a great option, the most exciting option is attending a game, which will give you the opportunity to watch stars such as Leo Messi and Neymar hypnotize you with their soccer skills. Games are usually played on Saturday and Sunday evenings and the season runs from August to May.

What do you think of our 5 recommendations?  Would you like to leave yours?

4 comments on “5 Plans for a Night Out in Barcelona”