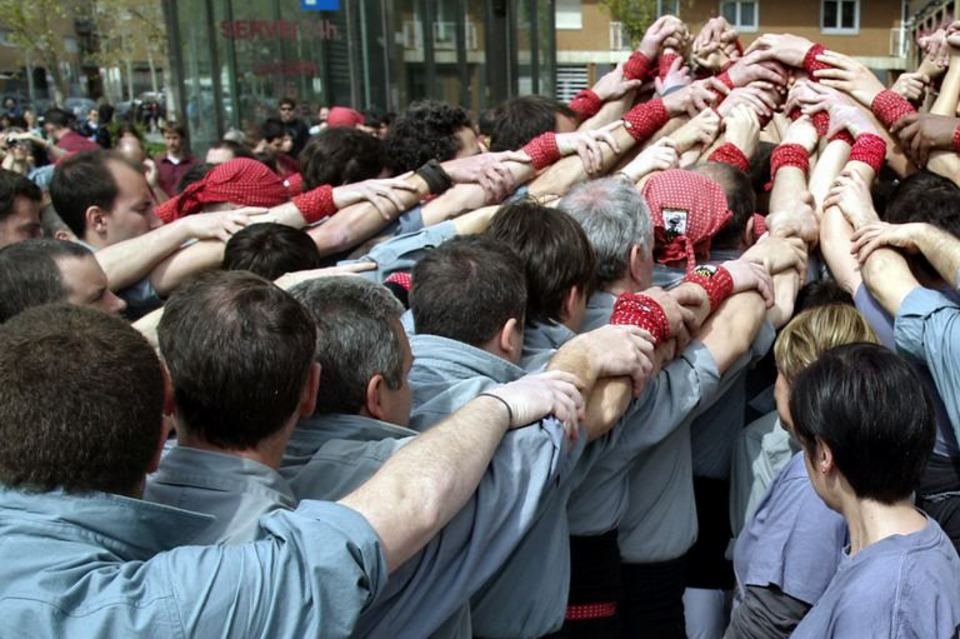 Castells (castles) are the towers that the Castellers build in town squares using their own bodies. All kind of people take part in a Castell, regardless of age or size. Castellers form colles, which are associations of people who train and prepare the castells together.

Each Castell is made up of three parts: the pinya (pine-cone), which is the base, the tronc (trunk), which is built on top of the pinya, and finally the pom de dalt, that is the upper part of a Castell, consisting of the youngest castellers. Castells are measured according to the number of levels of the tronc and the number of people making up each level.

The Coordinadora de Colles Castelleres de Catalunya was born in 1989 with the following goals: look after the colles’ shared interests; promote human towers and, mainly, guarantee that the activity’s risks are properly covered by the adequate insurances. Come and watch the training every Tuesday and Thursday (children only) from 7:30 to 9:00 pm, and every Friday from 8:00 to 9:00 pm (children) and from 9:00 to 11:00 pm (general). Consult the calendar of performances.

For its values of collaboration, teamwork, effort, goal achievement and solidarity UNESCO has declared Castells to be an element of Intangible Cultural Heritage of Humanity.

In 1984 UNESCO added in World Heritage seven properties built by the architect Antoni Gaudí (1852–1926) in or near Barcelona, testify to Gaudí’s exceptional creative contribution to the development of architecture and building technology in the late 19th and early 20th centuries. The seven buildings are: Park Güell; Palau Güell; Casa Mila; Casa Vicens; Gaudí’s work on the Nativity façade and Crypt of La Sagrada Familia; Casa Batlló; Crypt in Colonia Güell.

And in 1997, again the Unesco, added two of the finest contributions to Barcelona’s architecture by the Catalan art nouveau architect Lluís Domènech i Montaner. The Palau de la Música Catalana is an exuberant steel-framed structure full of light and space, and decorated by many of the leading designers of the day. The Hospital de Sant Pau is equally bold in its design and decoration, while at the same time perfectly adapted to the needs of the sick, or at least it was until 2009, when after 80 years of healthcare activity the hospital moved northeast of the site and the modernista architecture is open for guided visits. Highly recommended! 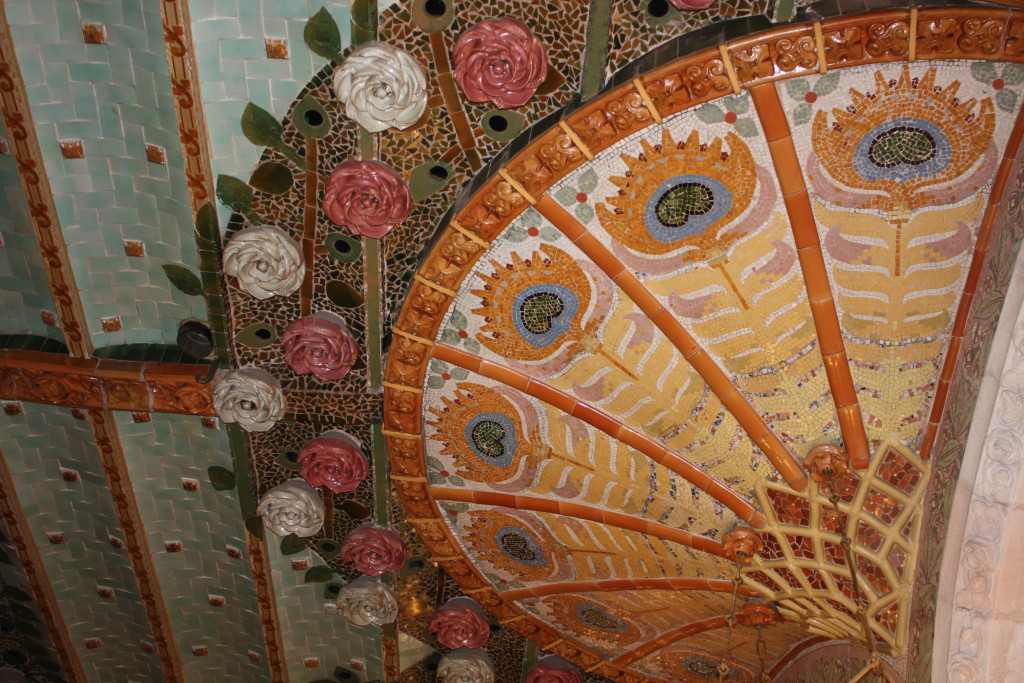 Barcelona Guide Bureau are specialists in the work of Gaudí. Discover the monuments declared World Heritage in Barcelona with our tours.

One comment on “World Heritage Sites by UNESCO in Barcelona”