Are you in Barcelona for Christmas? Good news, you have plenty of things to do for this end of the year! I strongly recommend that you don’t miss any of these beautiful or stunning churches! 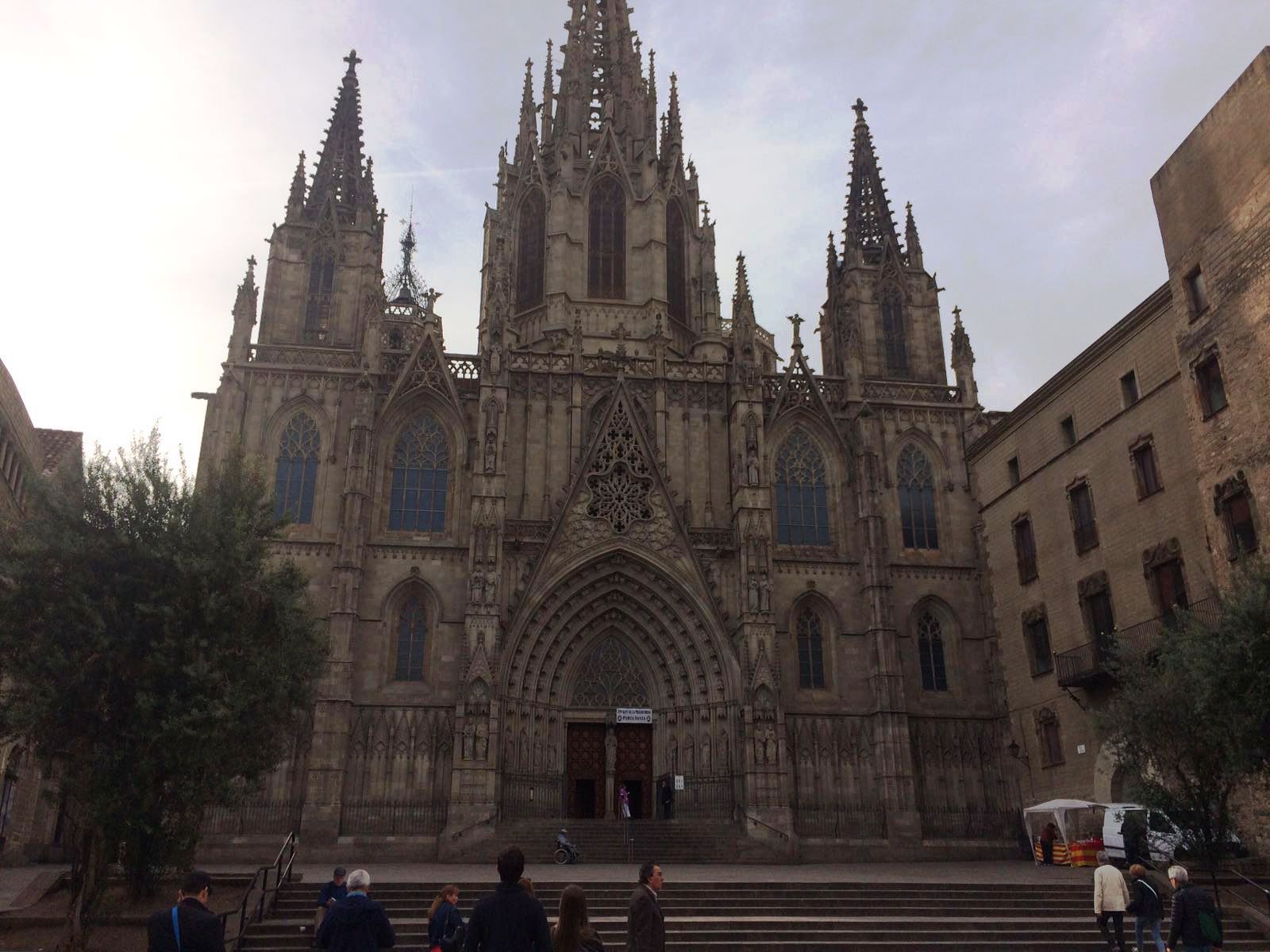 Located in the gothic quarter, the Cathedral of Barcelona – also called the Catedral de la Santa Creu i Santa Eulàlia – was built over the old Romanesque cathedral during the 13th to the 15th century.  It is also the seat of the Archbishop of Barcelona.  You will be amazed by its imposing facade in neo gothic style. It needs to be viewed inside in order to fully understand its splendour.

2- THE ABBEY OF MONTSERRAT

On the beautiful mountain of Montserrat, at one hour from Barcelona, go to visit the Benedictine abbey. You will discover how impressive it can be, listen the choir of the Escolania (Boy´s Choir), taste local products as cheese or honey, and maybe touch the Black Madonna´s hand as all local people do. 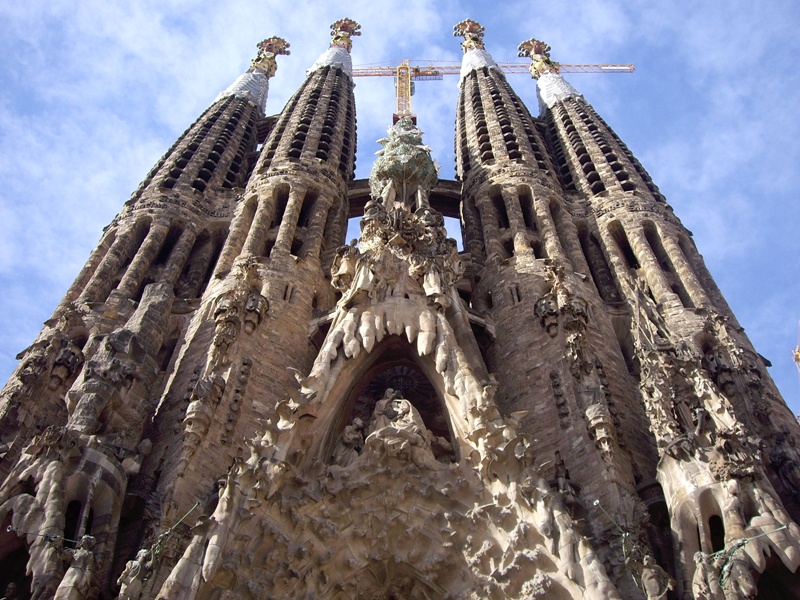 Of course, this is the one of the most famous, and of course you came to visit it. You are absolutely right.

One of the Gaudi’s most incredible works, breathtaking, the Sagrada Familia (the Holy family) is a church started in 1882 and still unfinished.  You will recognize it by its many towers (8 already built, 18 in project in total!), three facades full of symbolism, (The Passion Facade, the Glory Facade, and Nativity Facade) and its interior full of stunning stain glass windows.

A place to learn about the amazing Gaudi´s work. 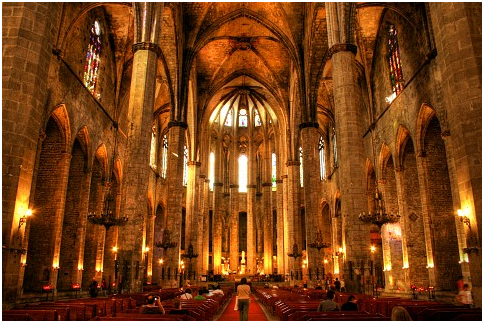 In the Born area of Barcelona, the Cathedral del Mar is one of the best example of the Catalan gothic architecture. Built in the 14th century, purity and unity of style make it very special for being a medieval building. One of the most beautiful churches in Barcelona. 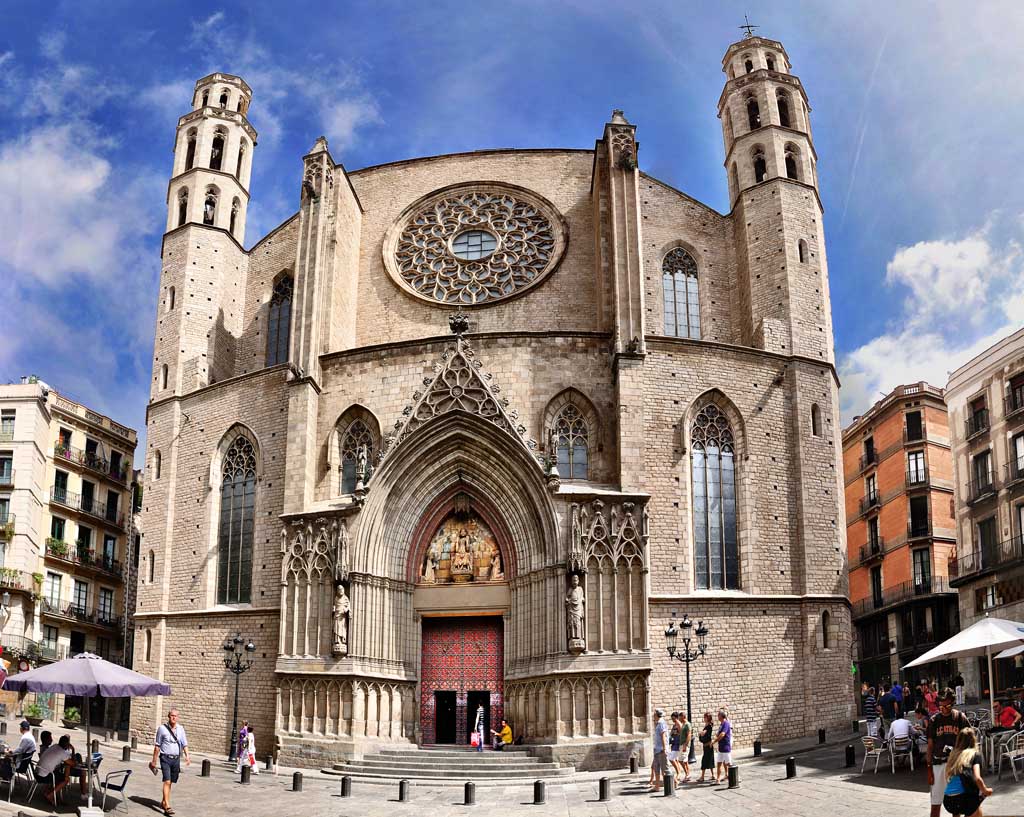 14th century gothic church, the Cathedral del Pi is located in the Gothic area, on the Plaza del Pi. The most impressive part of this church is without any doubt its amazing great rose window on its main facade, one of the world’s largest Gothic rose windows with a diameter of 10 metres.