Christmas will come a little bit earlier this year to Barcelona. 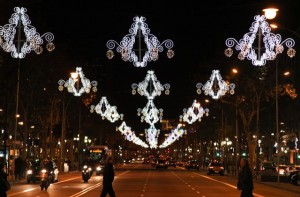 The traditional illumination of Christmas, known as “Les llums de Nadal” has been planned one week in advance to make it coincide with The Shopping Night of Barcelona. 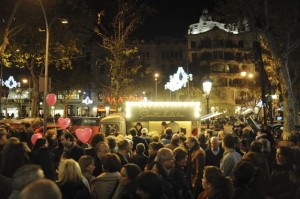 The Christmas lights will be switched on by the Mayor of Barcelona, some big Christmas trees will be around the different districts of the city, including the biggest one in Plaza Catalunya where you will also find an ice rink during the Christmas period.

In this open stores night, which has already become a classic, a great number of shops in the city centre, will remain open until 1AM in order to boost sales and encourage the beginning of the Christmas festivities. For this year the organization has decided to celebrate a theme night recreating a night of fairy tales. Passeig de Gràcia will be full of romance and legend. The organization is also working to involve the largest number of shops, hotels and restaurants as possible. As usual, the stores will offer discounts, promotions, tastings, performances and different shows during the celebration.

Last year more than 25,000 people enjoyed the lightening and the Barcelona Shopping Night.

Do not to miss this night in Barcelona. 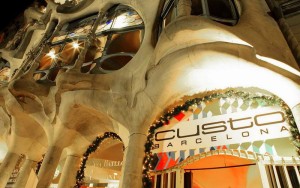 Shopping and visiting Gaudi’s houses. Have a better plan?