Barcelona is one of the most beautiful and exciting European cities. One minute you’re standing in the busy and urban La Rambla, and the other you’re looking at an old  Roman cemetery that dates back to ancient times. It’s amazing how versatile, mysterious, and unique the streets of Barcelona are. And, since Barcelona was founded as a Roman colony called Barcino, it’s no wonder the city is filled with Roman heritage spots.

So, if you’d like to take a tour of Roman Barcelona, we know exactly where you should go and what you should see. The spots we’ve listed below are so amazing that they might even inspire you to write a novel!

Let’s take a closer look at these 6 amazing spots together. 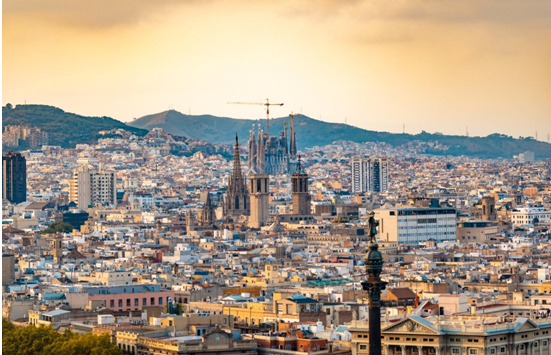 One of the best sites for you to start your Roman Barcelona tour is certainly the Plaça Vila de Madrid. This site was discovered in 1956, by construction workers hired to build the square.

Since the Roman laws prohibited for the dead to be buried within the city from the 1st to the 3rd century, they had to do it outside city walls.

The remains of an ancient Roman necropolis, Via Sepulcar, uncover the tombs from this cemetery built just outside the walls of Barcino.

If you visit this Roman site in Barcelona, you’ll see:

Walking into an ancient necropolis could be both frightening and inspirational, so we strongly recommend you don’t miss out on it. 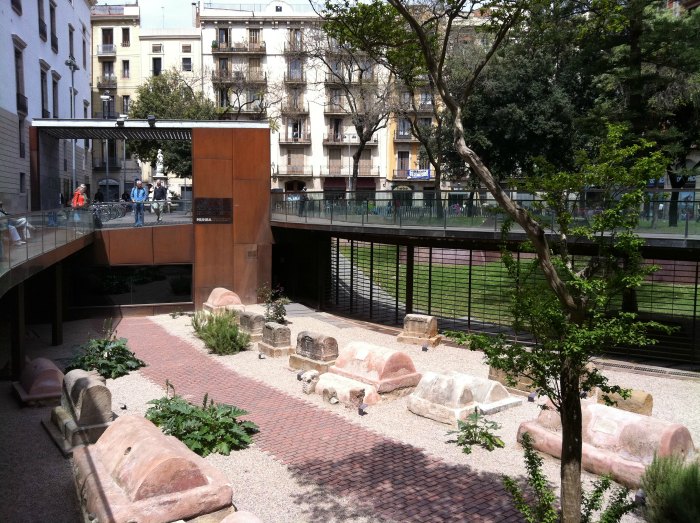 In the ancient Roman times, Barcelona was protected by walls with only four gateways allowing visitors to enter the city. Plaça Nova is a place where you can see and imagine what it was like to enter the city in ancient times.

You can walk through these old doors and imagine the secrets it must be keeping within its walls. It might give you an idea to write a mystery novel like the ones Agatha Christie used to write. 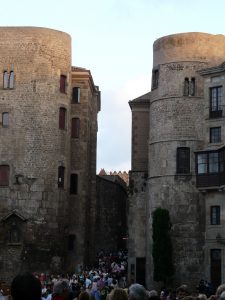 Another unique opportunity that you should seize while in Barcelona is to learn about the life of ordinary people during the Roman times and the architecture of their houses.

You can do this if you visit the old domus (single-family house) on Carrer Sant Honorat.

The house was built in the 4th century A.D. and is presumed to be owned by a notable family. If you take the tour you’ll see:

Later on, the domus became a part of Barcelona’s Jewish district and changed its purpose entirely.

The domus is inspirational and memorable so make sure you pay it a visit.

The next stop on your Roman Barcelona tour should be the Temple of Augustus. Built in the 1st century BC, the temple is dedicated to the Roman Emperor Augustus.

When it was built, the temple was magnificent and grandiose. Unfortunately, only four out of 6 originally existing pillars can be seen today.

They’re 9 meters tall and are on Carrer del Paradís, in the courtyard of the Centre Excursionista de Catalunya.

To see such amazing, ancient remains in the middle of an urban city will remind you just how rich the cultural heritage of Barcelona is. 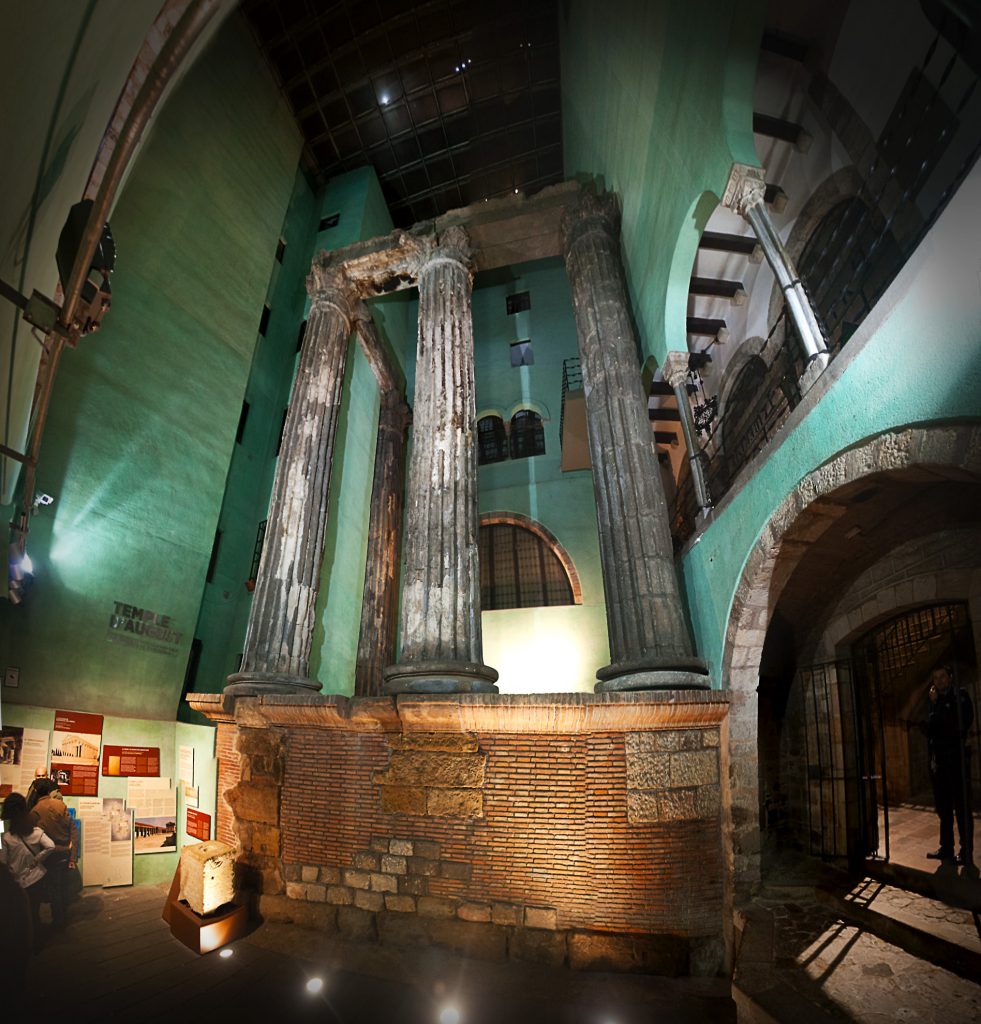 Of course, if you want to take walk down history lane and see some fully preserved remains of the Roman civilization in Barcelona, you should visit the Museum of the History of Barcelona.

The museum is located in the Barcelona Gothic Quarter, the Barri Gòtic. It was built over the remains of the ancient city of Barcino.

The museum offers the following:

Here, you can truly go back in time and find yourself in ancient times. It will help you understand and even feel the Roman heritage better and inspire you to explore it furthermore.

Another truly unique spot in Barcelona that you should visit in your Roman Barcelona tour is the Plaça de Ramon Berenguer.

It was named after the Count of Barcelona, Ramon Berenguer III who reigned from 1096 until he died in 1131.

On the square, you can see the statue on the count on horseback. The statue was originally made by a Catalan sculptor Josep Llimona in 1888. However, the life-size statue that stands on the square today is a replica made by Frederic Marès in 1950.

But, what stands behind the statue is much more interesting for our Roman Barcelona tour.

Here you can see:

The chapel was built on top of the walls and is a blend of two different styles and periods in Barcelona.

If you decide to write a novel based on this Roman heritage spot in Barcelona, make sure that you learn more about it, check your facts, and make no mistakes.

As you walk the streets of Roman Barcelona and experience the heaviness of this rich cultural and historic heritage, try to inhale the magical energy all around you.

Looking for inspiration is always a challenge and Barcelona has everyth-ing you need:

After this tour, all you have to do is sit down and start writing your novel! In case you need any help with writing, you can get help from essay writers or writing services. You can even use online tools such as Thesaurus and Readable.

As you can see, Barcelona has so much more to offer than it meets the eye. The city will mesmerize you and evoke the emotions or ideas you didn’t even know you had inside you.

Use the list above as guidance through Barcelona’s most amazing Roman heritage spots and create your own tour plan. Seek inspiration, and if you write a novel after this tour, make sure to let us know.

Dorian Martin is a young freelance blogger who’s passionate about traveling, the environment and teaching others how to strive for the better in their personal and professional journeys. He enjoys writing about reaching your goals and making the world a better place. He runs a personal blog, Be Innovative, where he covers digital marketing topics. He’s also a writer at Supreme Dissertations.